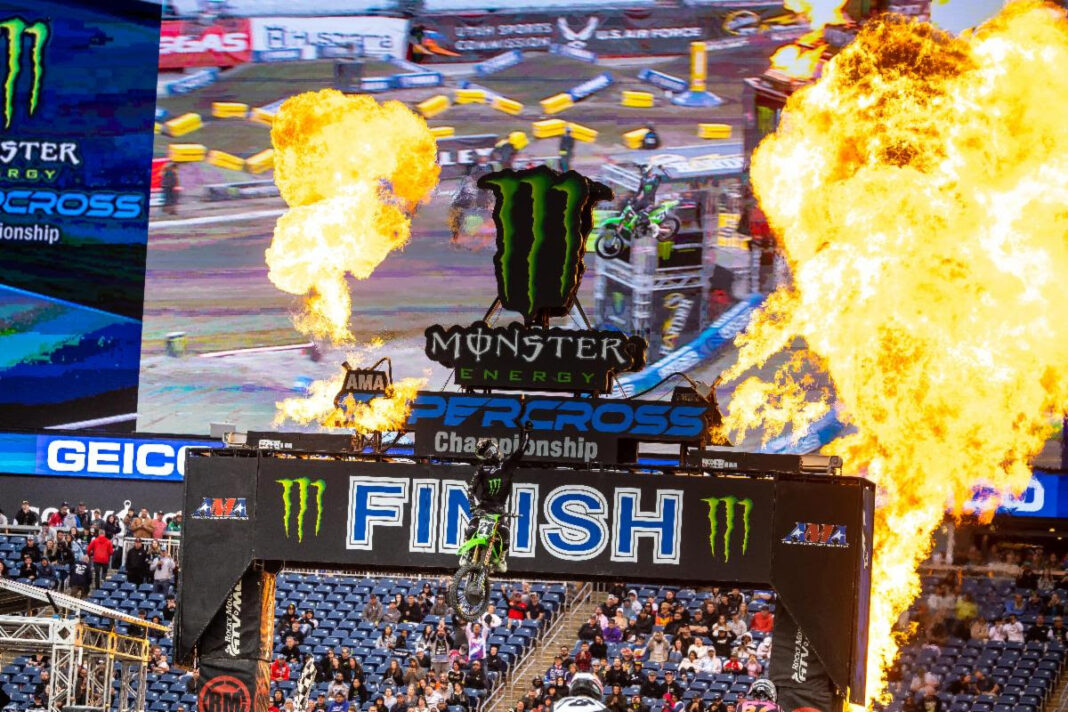 Monster Energy Kawasaki’s Jason Anderson was spectacular at Round fifteen of the 2022 Monster Energy AMA Supercross series to capture the win and hold onto his title hopes with only two rounds remaining in the series.

But less than two minutes into the 20-minute plus one lap race, Anderson took advantage of Tomac’s battle with Webb to slice under in a corner. The block pass was not overly aggressive, but in trying to avoid contact, Tomac stalled his bike. Tomac re-fired his Yamaha and took pursuit from sixth place as Anderson set his sights on Webb. Four minutes into the race Anderson took ahold of the lead. Sexton was past Webb shortly after while the lead group, including Tomac, remained close.

Musquin, the race winner in St. Louis, took over third place. Tomac was up to fourth and looking ready to charge back to the front with fourteen minutes still on the race clock. Tomac’s charge never came as he slowly lost touch with the lead pack and as Anderson and Sexton pulled away to a two-rider battle up front. Sexton got close just past the race’s midpoint while Tomac lost a few more positions late in the race. Then Anderson pulled back out to a comfortable victory, his fifth of the season. It takes the championship battle to Denver where Anderson will need another strong ride, and a little luck in Tomac’s home state race, to push his title quest to the final round.