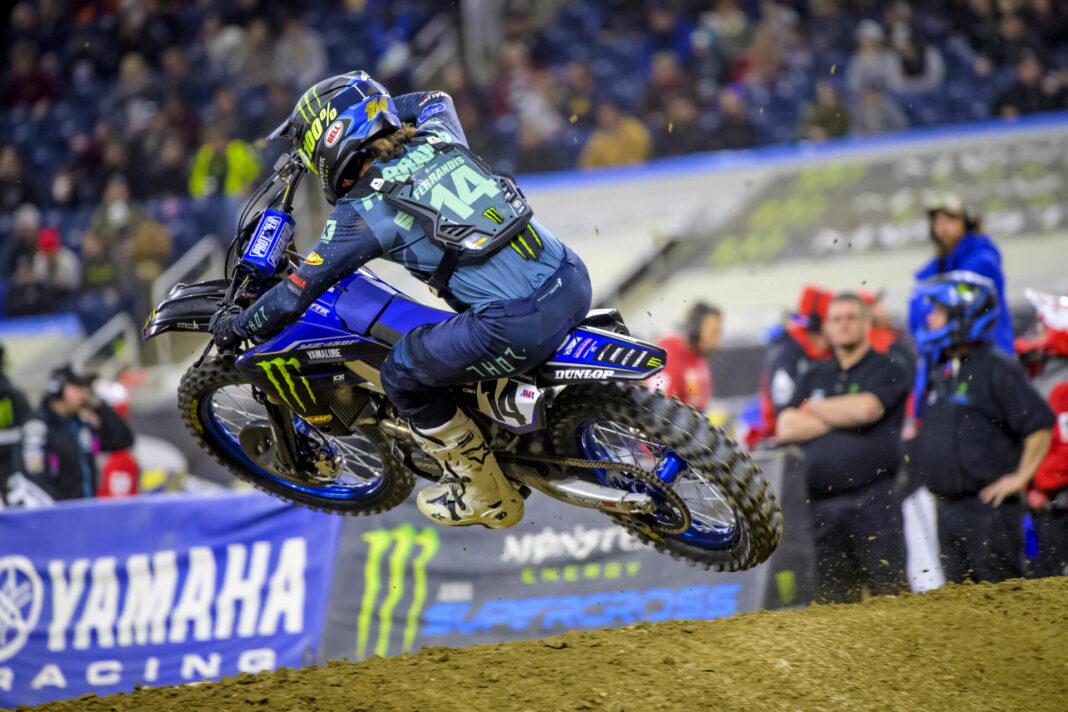 Monster Energy Yamaha Star Racing’s Dylan Ferrandis will sit out the remaining four rounds of the Monster Energy AMA Supercross Championship, to focus on the up and coming outdoor season.

“Looking at the bigger picture, we made the decision as a team that it was best for Dylan to focus on getting back to feeling 100% for the outdoor season.” Said Team Boss Jeremy Coker.

“It’s a tough sport, and we have a lot of racing ahead of us, so it’s more important at this point of the supercross season to focus on defending his title in the Pro Motocross Championship.”

“Together with the team, we decided to not go back to racing for the remaining rounds of supercross.” explained Ferrandis. “I just returned to riding motocross, and I felt that my wrist was not fully ready to support the load of supercross.”

“It’s a bummer for sure. I will focus on getting my wrist back to 100% and be ready for the outdoor season.”