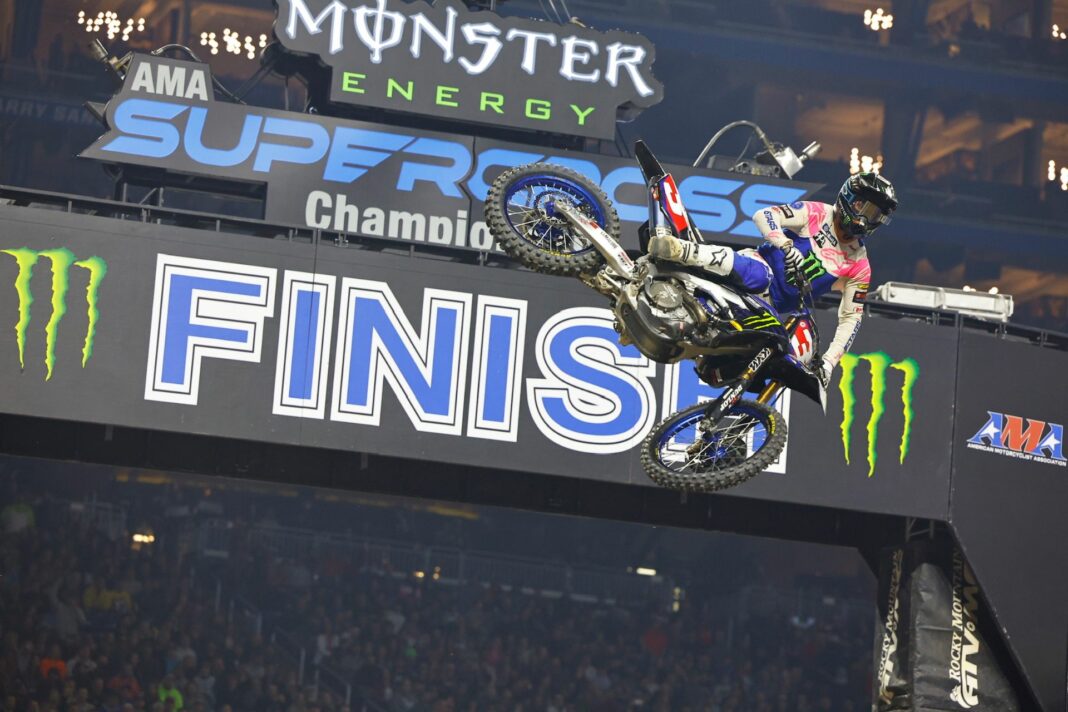 Monster Energy Yamaha Star Racing’s Eli Tomac earned his third straight win and the fifth of the season as the Monster Energy AMA Supercross Championship made its return to Ford Field in Detroit.

After a three-year hiatus, the fans were back to witness a wild night of racing, with Tomac putting in a come-from-behind ride to extend his lead in the 450SX Championship to a healthy 42 points. Dylan Ferrandis had a great night going but had a hard landing short of a jump and withdrew from the race.

The day started out decent for Tomac, who qualified fourth overall in the afternoon practice sessions. The track was challenging and provided a lot more grip than the riders have been used to the last few weeks. He found his form in the heat race and took the win. In the main event, he got a nice jump out of the gate but found himself mid-pack after the first turn. Tomac used the first 10 minutes of the main event to pick off riders one by one, making it into the lead by halfway. He kept his focus and ran his own race, crossing the finish line with his fifth win of the season. The challenging track conditions caught out many riders, including his closest competition in the championship, giving Tomac a comfortable 42-point lead with seven rounds to go.

“It was a wild night of racing overall and a great result for us.” said Tomac. “I had a good start down the first straight away but then got bumped in turn one and was shuffled back.”

“From there I had to go to work. I had a good line on the right side of the whoops, which is where I was making the majority of my passes. I just felt good, and the motorcycle was great for how technical the track was. Once I got to the lead, I just kept pushing.”

“After the halfway point, I couldn’t believe what I was seeing – some of the best guys were down on the track, and it was a bummer to see. At that point, I just kept doing my thing and kept my focus, and that was it. It was a good night for the championship and another race win; we’ll keep pushing.”