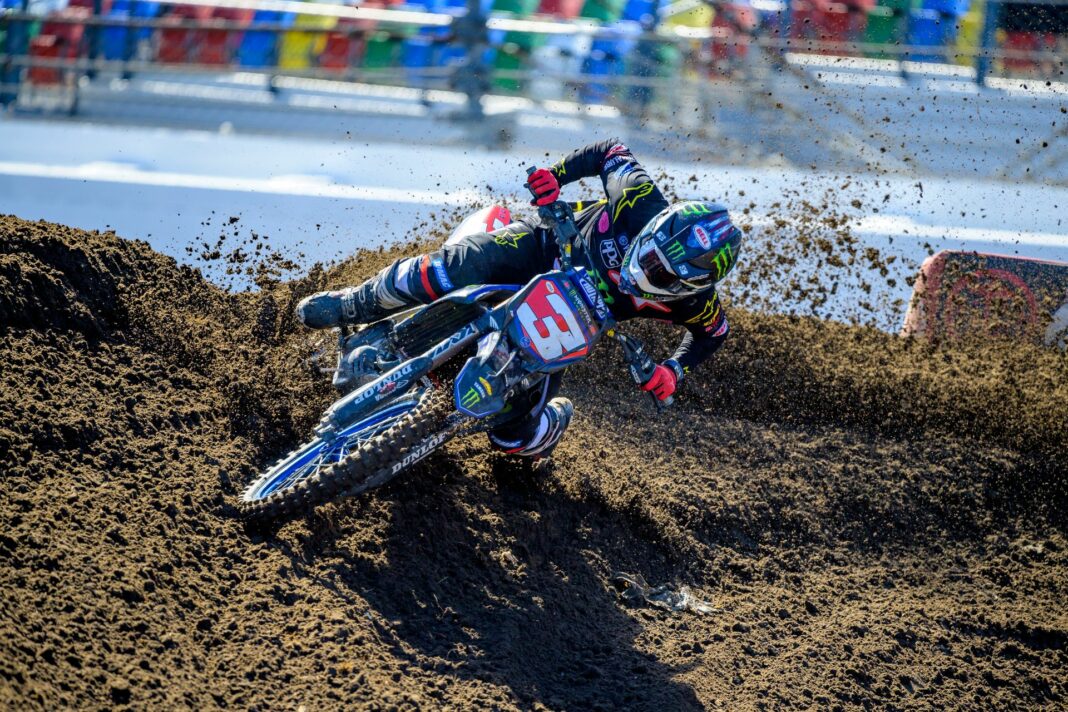 Tomac and the team worked throughout the day to dial in the setup for another challenging supercross track in front of the famous stretch of banking at the Daytona International Speedway. He qualified fifth and finished fourth in his heat race.

In the main event, the points leader got off to a great start and was battling up front, but it was chaos on the first lap as riders jockeyed for position and made contact. Tomac kept it on two wheels and was sitting third with his eyes set on closing the gap to second. He made the pass on Lap seven and then reeled in the leader.

It was a thrilling battle with the defending 450SX Champion, and as the clock started to run out, Tomac claimed the lead and rode away in the final laps to a 5.2 second margin of victory.

“It’s unbelievable to get win number six, and it was everything I wished for!” said Tomac.

“It was a tough day, though. I was having a little bit of a tough time with the track earlier in the day, but once the lights came on, it was like I flipped a switch, and it was game on.”

“Me and Cooper (Webb) rode wire-to-wire for most of the race. We were going back and forth around the different parts of the track on being the better guy, and I was able to capitalize on him being stuck behind a guy and made the move. I put myself in the position for that move, though, and just went on from there. It was such a cool night for us.”