Home Supercross AMA Supercross Daytona SX: ‘I was looking for a bit more but we’ll take... 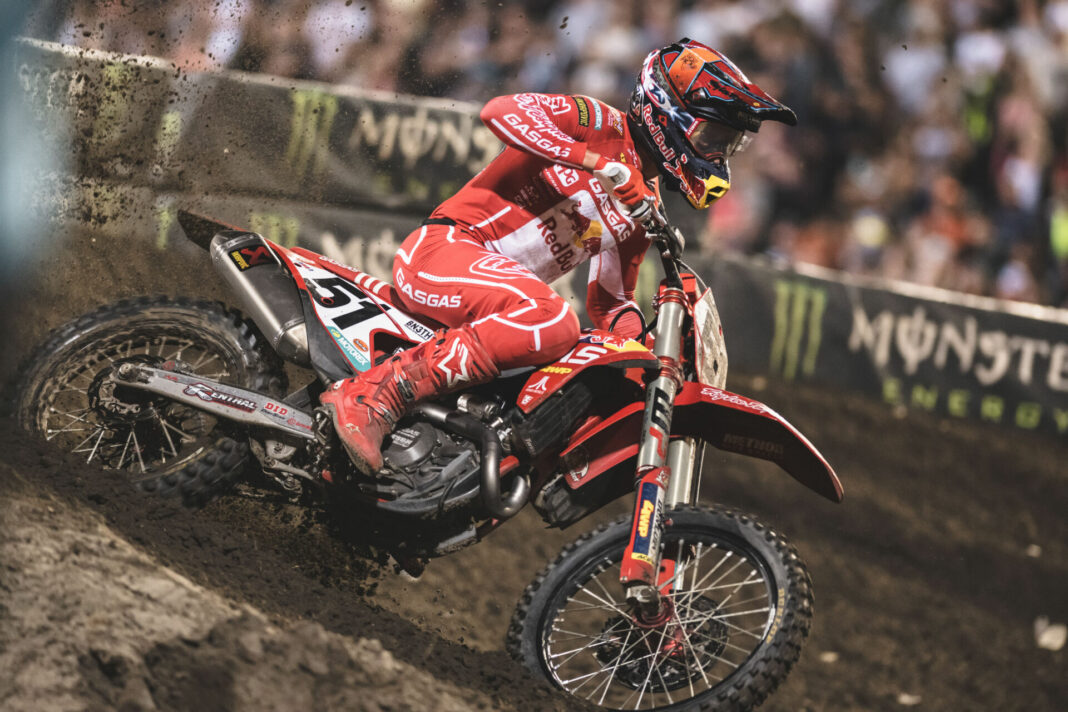 Troy Lee Designs GasGas’s Justin Barcia just missed out on a podium finish in fifth place at the weekend, for round nine of the Supercross series in Daytona.

It was a solid day in the office for Barcia, who grabbed a top ten qualifying position aboard his MC 450F earlier in the day. With a second-place start in the heat, Barcia challenged for the lead but ended up taking the runner-up spot and a decent gate pick for the Main Event.

Barcia found himself just inside the top ten off the start of the Main Event and he worked his way into fourth by the end of the first lap. Battling for podium contention early on, he was unable to make anything stick but he continued to lay down consistent laps to hold onto fourth for most of the race. Admittedly tightening up late in the race, Barcia scaled things back to eventually bring it home for fifth.

“I was feeling good on the track, got a good flow and got the bike feeling really good today, the team did a great job during the week to get me what I needed so I’m super stoked on that!” said Barcia.

“In the main, we were just battling hard, we were all really close from first through fifth, so it was really good racing. Around halfway, I got really tight and I was only able to bring it home to fifth. I definitely was looking for a bit more but we’ll take it. We’re healthy and back to work but looking forward to next week.”