Home Supercross AMA Supercross Atlanta SX: ‘Were in the best place we’ve ever been’ – Hunter... 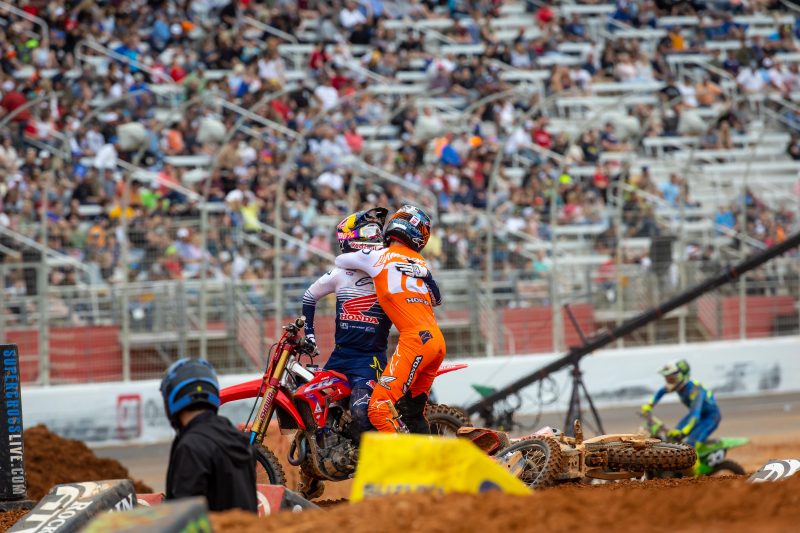 In the 2022 AMA Supercross series first of two 250SX East-West Showdowns, the Lawrence brothers put in an impressive and emotional performance, with Hunter topping the main event.

Hunter’s victory moved Honda into a tie with Yamaha for most support-class Supercross wins in Atlanta, with 11. It was also two wins in a row for Hunter, his third 250SX win of the season, and the fourth of his career.

“Any time you win is cool, so East-West is really good.” said Hunter. “Everyone has been hearing about the East-West deal – who’s going to win, this and that – but it’s not really anything new that you have to change your approach for; you just have to race.”

“I did my best in qualifying, but I live for the night show. I got a good start and took it from there. Jett’s on the box as well, which is so awesome for our family – we’re in the best place we’ve ever been. Our work ethic is second to none, and the team we have around us now is unbelievable – every one of our guys that we work with. It’s cool, and we’re having fun. This is what we train for, and I’m so stoked to pull it off.”