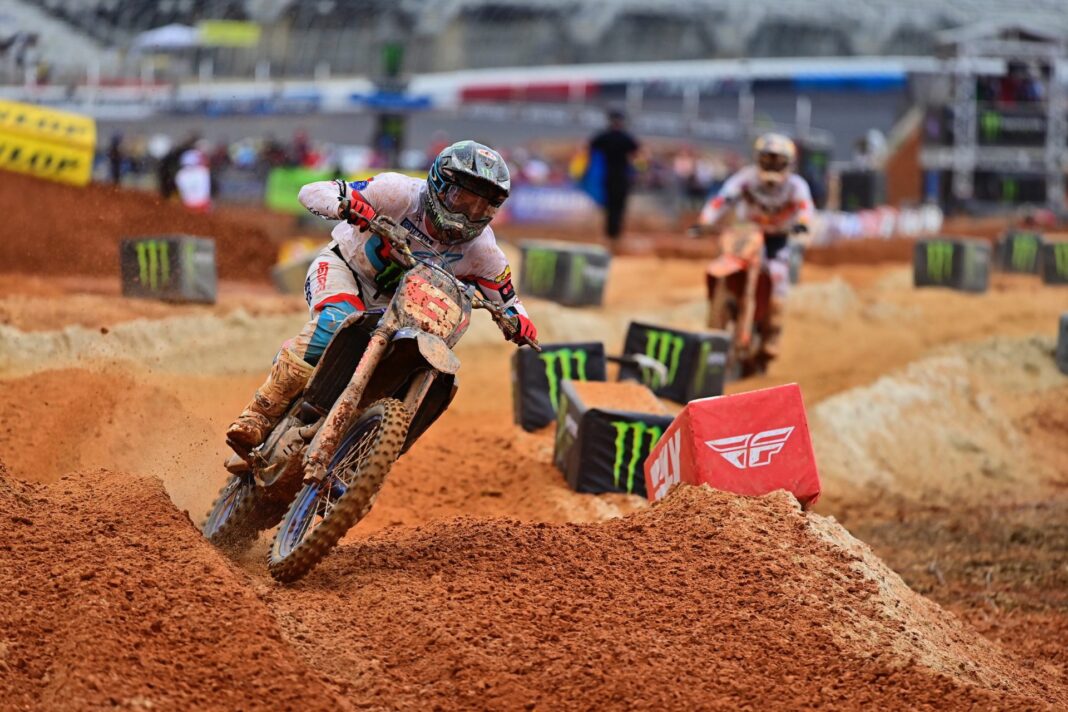 Heavy rain in the early hours of the day postponed on-track activities and shortened the schedule to just one session of qualifying. Tomac had a solid start to the 14th round of the championship, qualifying fourth, and then had another good ride in his heat race to finish second in the tricky track conditions. The red plate holder had a good start in the main event and quickly moved to third but was shuffled back to fifth on that first lap. Tomac put his head down and made his way back to second with five laps remaining. His 11th podium of the season moves him within striking distance of clinching the title as he holds a 53-point lead with just 75-points left on the table.

“It was a really tough track that changed the whole time and was very challenging throughout the day.” said Tomac. “In the morning, it was really slick, then it slowly came around, but it was still a tough race track.”

“I made a couple of mistakes early in the main event, and that got me out of touch with the lead, but I was able to have a good second half of the race and fought to finish second on the podium. So it was a solid night and good for the championship.”