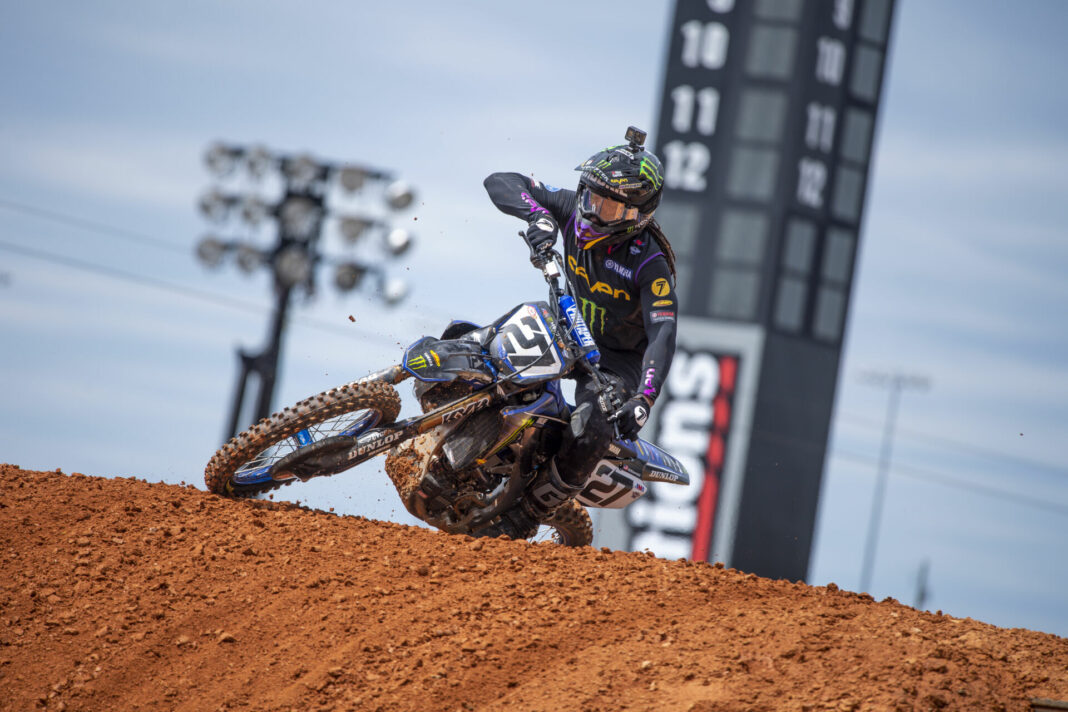 Monster Star Yamaha’s Malcolm Stewart had to ride through the pain of a crash sustained on Tuesday night at the weekend’s final Atlanta Supercross round and finished in sixth place, two behind stable-mate Aaron Plessinger.

Stewart got the day off to a good start, qualifying fourth, and then backed it up with a second-place finish in his heat. The Florida rider didn’t get the start he was looking for in the Main Event and was seventh after the first lap. Stewart advanced to sixth a couple of laps later and maintained that position in the challenging conditions.

“It was definitely a big improvement from Atlanta II. We came into this race not really sure if we were even going to be able to race, just because I was in so much pain after my crash on Tuesday,” said Stewart.

“Wednesday morning, I was like, ‘Uh oh, we’re in some trouble.’ I just want to say hats off to Dr. G. for helping me get back in this race.

“So actually, I would say the day went great. We got to go back to the basics and just tried to have fun. Sometimes not feeling 100 per cent can kind of take the pressure off of you, too. We had a good practice, and the heat race went well.

“The track was pretty tough, especially the whoops. It was really easy to make a mistake out there, so one of the key things tonight was definitely trying not to get too fatigued. I think Atlanta treated us fairly well.

“Again, we had some crashes, and we had some bad luck, but it’s good to leave here with a better result. Now we’ve got two races left in Salt Lake City, so let’s go out there and have some fun again and end this season on a high note.”