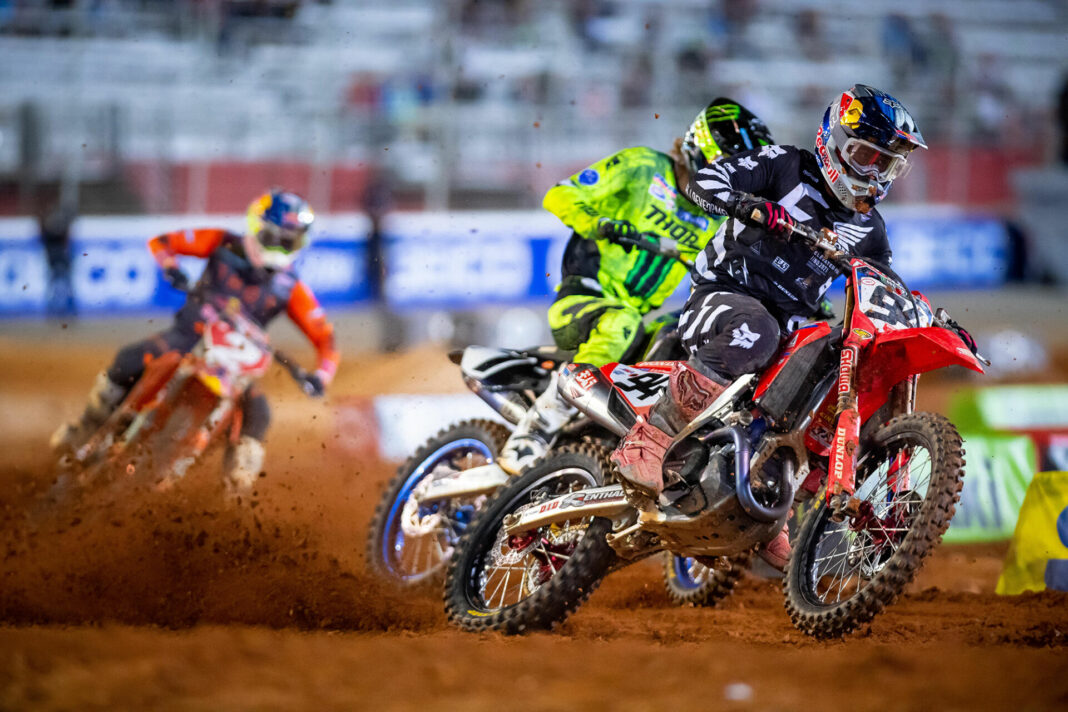 After nailing a strong start and aggressively moving into the lead on lap one, Roczen ran at the front for most of the 20-minute-plus-one lap race, turning lap times nearly a second faster than the next-fastest rider and stretching his advantage to 12.060 seconds.

A late mistake in the whoops resulted in the German stepping off the bike, and although he managed to quickly remount with the lead, he struggled to refind rhythm.

On the penultimate lap, he was passed by title rival Webb, who he chased to the finish for a close second. Roczen sits second in the title chase.

“Atlanta three was pretty good to us. The track was really, really tough, with the whoops being super long, big and cupped out. In the main event we did exactly what we needed to do – grabbed a good start and made the pass for the lead happen pretty quick,” said Roczen.

“I put a 12-second gap between me and second, just to throw it away in the whoops when I got kicked sideways and then it bucked me. Afterwards my handlebar or my triple clamps were just a little bit tweaked, and it kind of took the wind out of my sails a bit and Webb made the pass happen with a couple of laps to go.

‘I ended up second and lost three points, but the team and I did a great job and almost won. I want to hang onto the positive, meaning I rode really well, and am going to come in strong in Salt Lake City.”

Anaheim SX: ‘Winning at a hometown race is a dream come true’ – Craig

Anaheim SX: ‘We had some great battles out there’ – Barcia