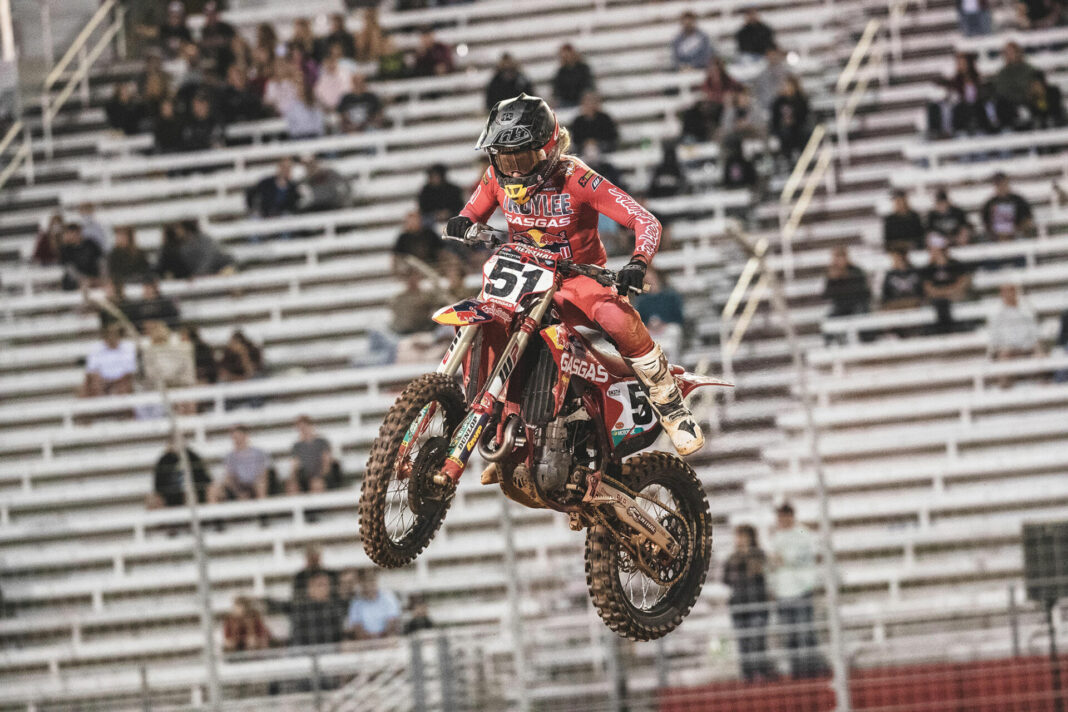 Red Bull GasGas’s Justin Barcia could only muster a fifth place at the final Atlanta Monster Energy Supercross round after a mid-race tumble put him out of podium contention.

In the heat, Barcia started off back in seventh and worked his way into the top-five before the end of lap one. Overtaking fourth on the second lap, Barcia kept it pinned to secure fourth in the heat race.

In the Main Event, he grabbed a top-five start and powered through the opening lap chaos to settle into fourth early on. He set his sights on the podium battle and kept the pressure high but a small bobble caused him to go down in a corner and from there he was left to play catch-up for the rest of the race.

He put on a good battle but it wasn’t enough to catch the top-three, so he cruised it in for a top-five finish on the day.

“I definitely missed out on the podium, which was a bummer, but all-in-all salvaged what I could. I just need to keep it on two wheels,” said Barcia.

“I’m really looking forward to the last two rounds in Utah, I really want to get another win before the season’s out.

“Two wins would be even better, so we’re going to give it our all in Salt Lake, full GasGas…”