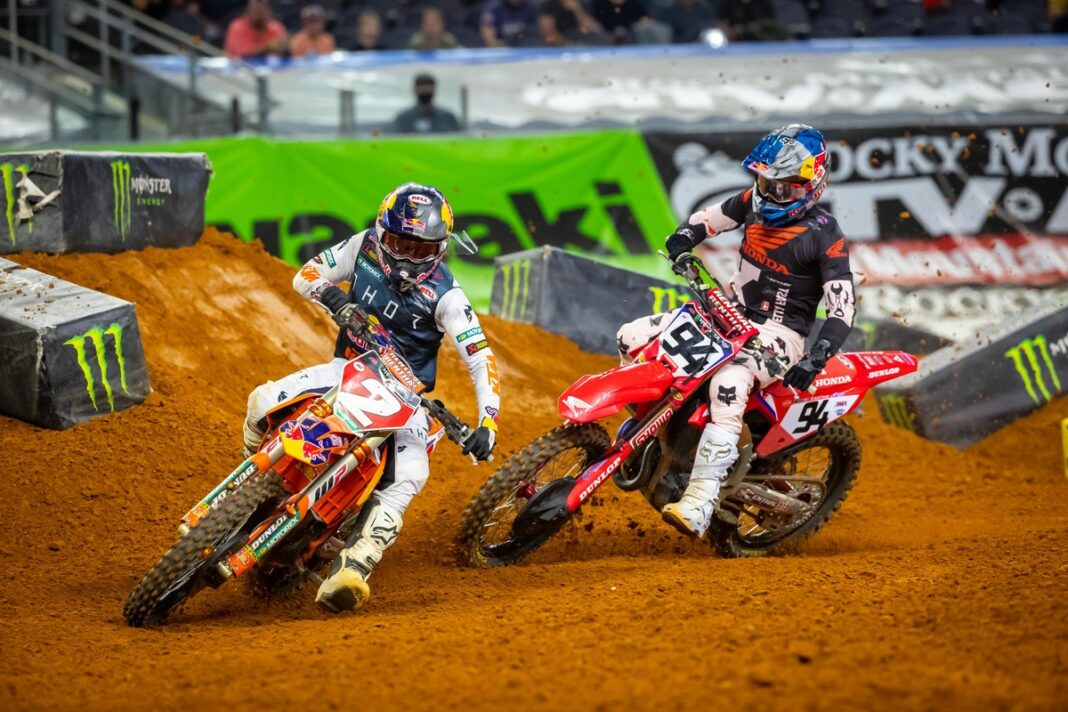 The Pulp MX shows always says it how it is coming up to the Monster Energy Supercross Race days, especially with the ex racers on the podcast giving their own version of events.

Chad reed seems to have the same opinion as Jeremy McGrath when it comes to the Cooper Webb and Ken Roczen rivalry that has continued into round thirteen in Atlanta this weekend.

“I have taken enough ass-whoopins over the years to go home with my tail between my legs, I don’t know that you thrive on it during the week but you have to change up the game-plan. Cooper is not winning because he is straight up faster. My situation was more like Cooper’s is in my opinion.”

“As far as raw speed goes, Kenny has the upper hand for raw speed. And I always had to try to find the raw speed to match James and whenever you didn’t have the raw speed aim for his foot or his front wheel or something to slow him up and not let him get a flow going you know? Try to make him think about something. I had two go to moves, one, aim for him put him on the ground or two, if he was just that fast, it was actually easier to let him go and the somehow he would just grenade himself when he had an easy win, that was my two game-plans.”

You can listen to the full Pulp MX show below: