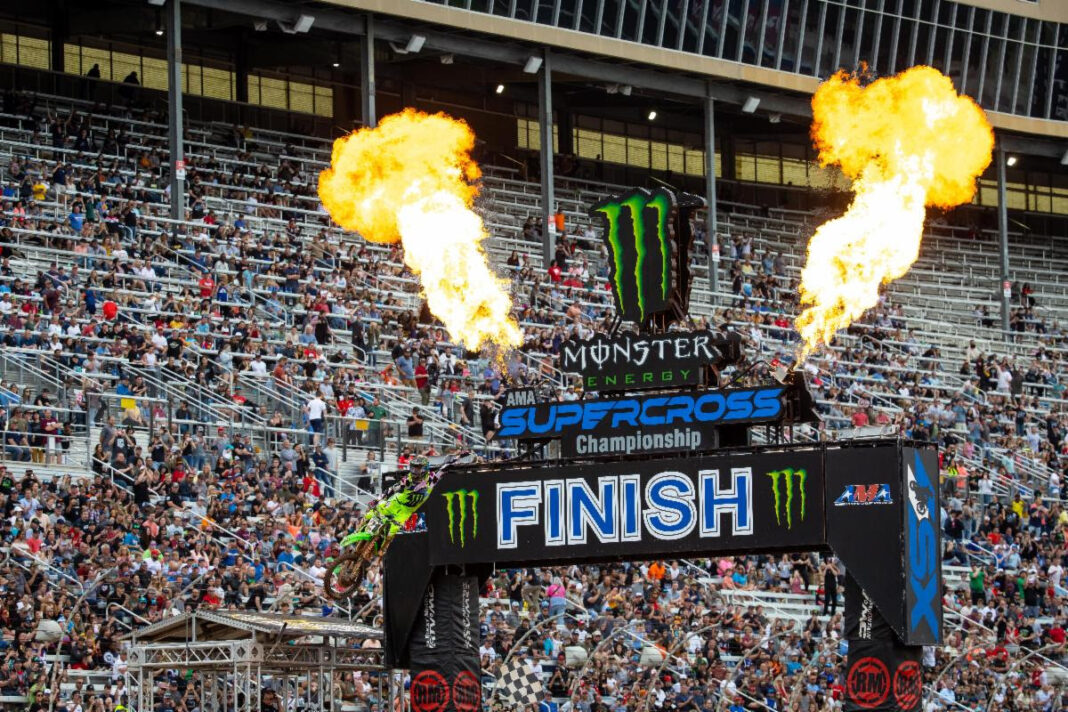 Monster Energy Kawasaki’s Jason Anderson grabbed his fourth win of the 2022 Monster Energy AMA Supercross season on a high-speed track that stretched in front of the Atlanta Motor Speedway grandstands.

Troy Lee Designs Red Bull GASGAS Factory Racing’s Justin Barcia grabbed the holeshot in the 450SX Class Main Event with Sexton, Anderson, Tomac, and Red Bull KTM’s Cooper Webb directly behind. Sexton put on a move for the lead just over two minutes into the 20-minute plus one lap race. After a short skirmish Sexton took over the spot from Barcia. Anderson was past Barcia soon after, but Sexton was already sprinting ahead to amass a two second lead.

What looked like a win for Sexton evaporated when the Honda rider crashed awkwardly in a bowl turn after one of the track’s sand sections. Anderson took the lead while Sexton remounted a charge from sixth place with fifteen minutes still on the race clock. Shortly after that Barcia went down, and the running order up front was suddenly Anderson, Webb, then Tomac. With just under six minutes left on the race clock Tomac flew past Webb but had over eight seconds to make up on this nearest rival in the championship standings if he hoped for a win. With just over a minute left on the clock Sexton passed Webb to get back into the top three behind Anderson and Tomac.