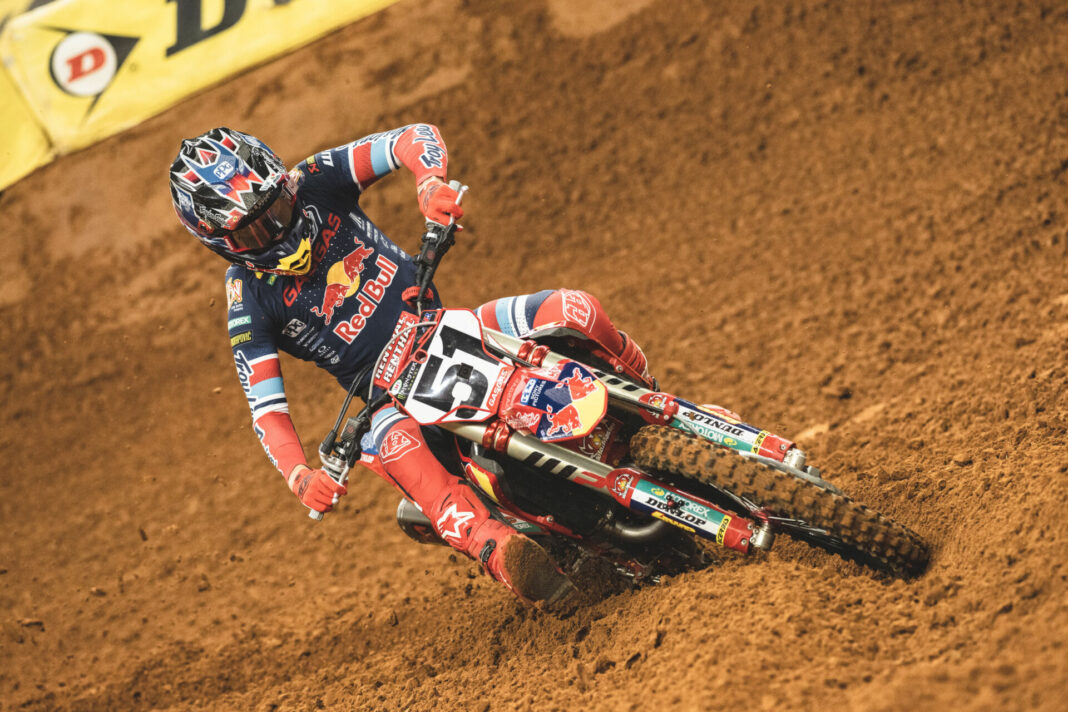 Barcia grabbed a top-five start for the first gate drop of the night and he battled inside the top-three early on. With two of the front-runners going down ahead of him, Barcia inherited the lead late in the race and he held off Cooper Webb for four intense laps before the defending champ finally got by just before the checkers.

In the second race, Barcia got a 10th-place start and he slowly worked his way up to seventh. Surrounded by fast company, he kept a good pace going but the #51 wasn’t able to make any forward moves, finishing seventh in that one. With another top-10 start in race three, Barcia had his work cut out for him in the last race of the night as he worked his way from as far back as 11th early on. He got up to seventh mid-way through the race and he put on another charge in the final stretch to round out the night in sixth.

“It was a tough one! The first race was good, I felt good on the track I made some great passes and was pretty fast.” said Barcia.

“As the track broke down, I just struggled a bit, and I didn’t get the best of starts in the second and third races, which made it really difficult. And when you get stuck in a little bit of groove, you just get stuck there.”

“We need to go back to the track, do some training and come back swinging at Daytona. I love it there, it’s a fun place and I know we’ve got a good bike, so we’ll have a good time with the crew and be close to home, so that will be fun!”