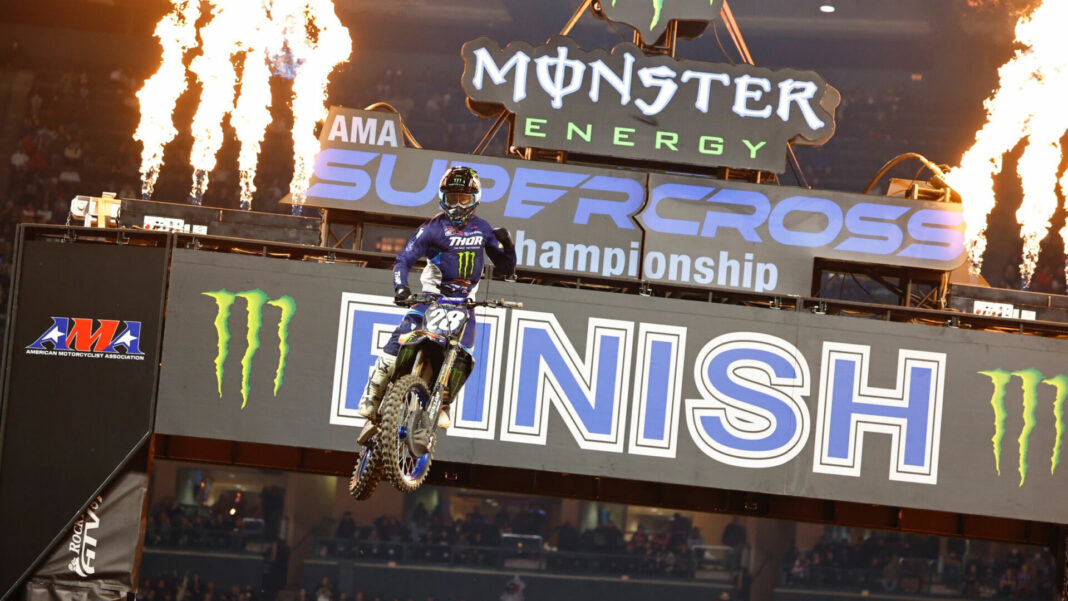 It was a masterclass performance from Craig, who topped every session and dominated the second heat race to secure a number-one gate pick for the main. Although he didn’t get the start he was hoping for, he quickly made his way to third and claimed the lead on Lap 4. The Californian went on to secure the win by a healthy margin, marking his second-consecutive victory at the season opener, but this time in front of the home crowd as the series made its return to its traditional starting venue at the Angel Stadium of Anaheim.

“I don’t think anything can top last year’s win in Houston, but I would say this is just as good.’ said Craig.

“Having all the fans back and having my family here, and winning at a hometown race is a dream come true. I’ve been coming here since I was three years old, so this means everything to me.

“It was an awesome Main Event, and I felt awesome all day. I didn’t get the best of starts, but I made my way through the pack and made clean passes. Once I got up front, I just clicked off my laps and rode a smart race. We’re going to try and keep this thing going into the next round in Oakland.”