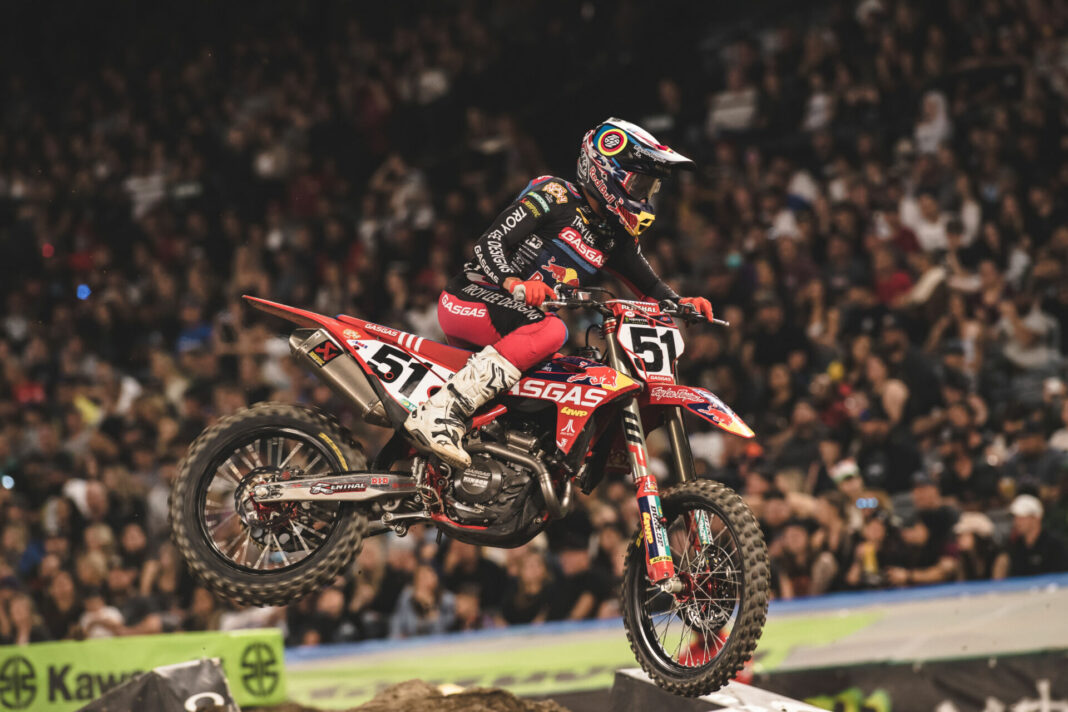 Troy Lee Designs Factory GasGas rider Justin Barcia bagged another podium for the final Anaheim stop this season, heading into round seven of the championship series next weekend.

Back for the third and final run at Angel Stadium, the track conditions were anything but easy and Barcia used that to his advantage all night. He got off to a great start in the heat race aboard his MC 450F and he battled in second on the opening lap.

Immediately looking for a way around, Barcia found his chance early on as he charged into the lead on lap two, cruising to his first heat-race win of the season.  In the Main Event, Barcia got a fifth-place start and he mixed it up in fourth for the first 10 laps. He positioned himself to capitalize on a podium position and he did just that when Musquin went down halfway through and he moved into third. With a strong pace in the second half of racing, Barcia was able to score his third podium finish in the first six rounds.

“It’s definitely good to be back here on the podium.” said Barcia. “The heat race was so good tonight but I’m a little disappointed with the way I rode in the Main Event – Jason and Eli had a great race. I got a decent start and fought through the pack pretty good, so a lot of positives for sure. I had a lot of fun and the track was awesome!”