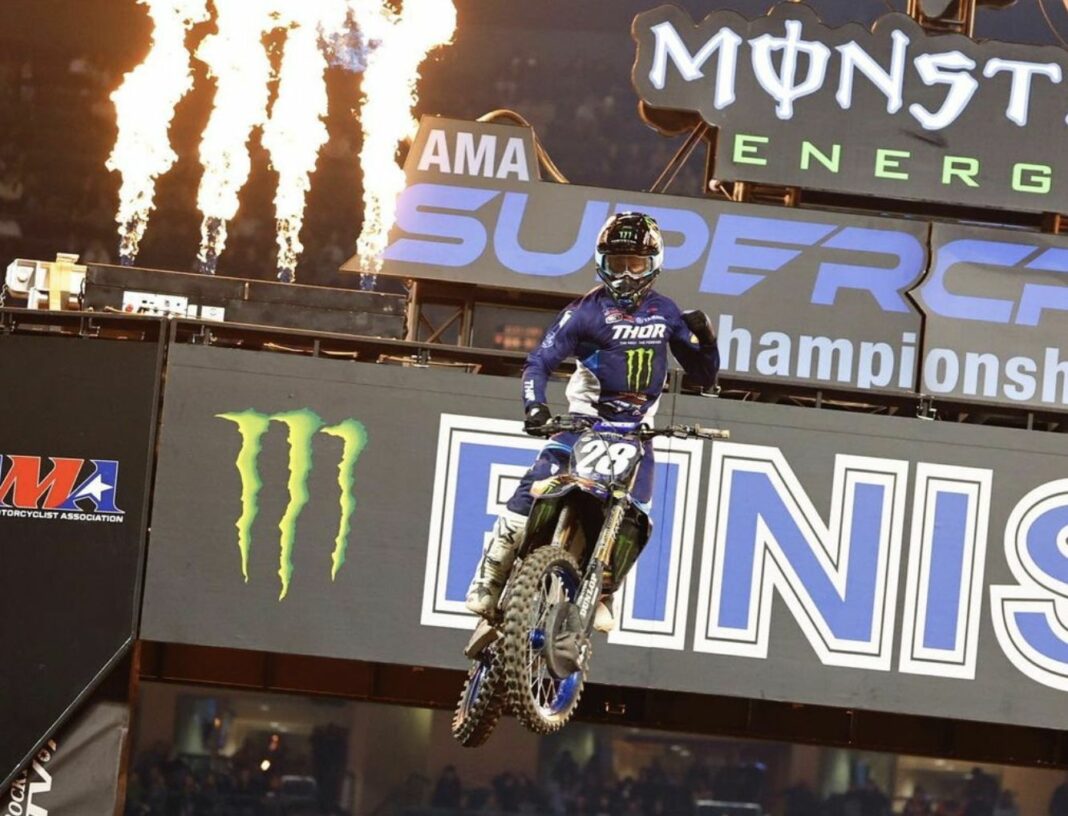 Grabbing the holeshot, the Smartop Bullfrog Spa Honda rider Vince Friese jumps out front followed by Monster Energy Kawasaki’s Seth Hammaker follows just behind, with Craig trying to make the pass and almost going down, but then moves up into the race lead early on in the moto.

Monster Energy Kawasaki’s Jo Shimoda and Monster Energy Star Yamaha’s Nate Thrasher both hit the gate, hindering both of their starts. More bad luck for Nate as he made another mistake crashing out. Troy Lee Design Red Bull GasGas Michael Mosiman also struggled for the first main event going down hard but managed to remount and finish up in sixth position.

Revo Seven Kawasaki’s Dylan Walsh however had a great first supercross round, winning the LCQ race which put him through to the main event. Brit riders Jack Brunell and Dylan Woodcock suffered some bad luck with not qualifying for the main event, but still both put in a great performance.

HRC Honda’s Hunter Lawrence then made the pass on Marchbanks into third position, and almost cleaned out Hammaker in the process. Christian Craig then took the win for the opening 250SX moto of the Supercross series.