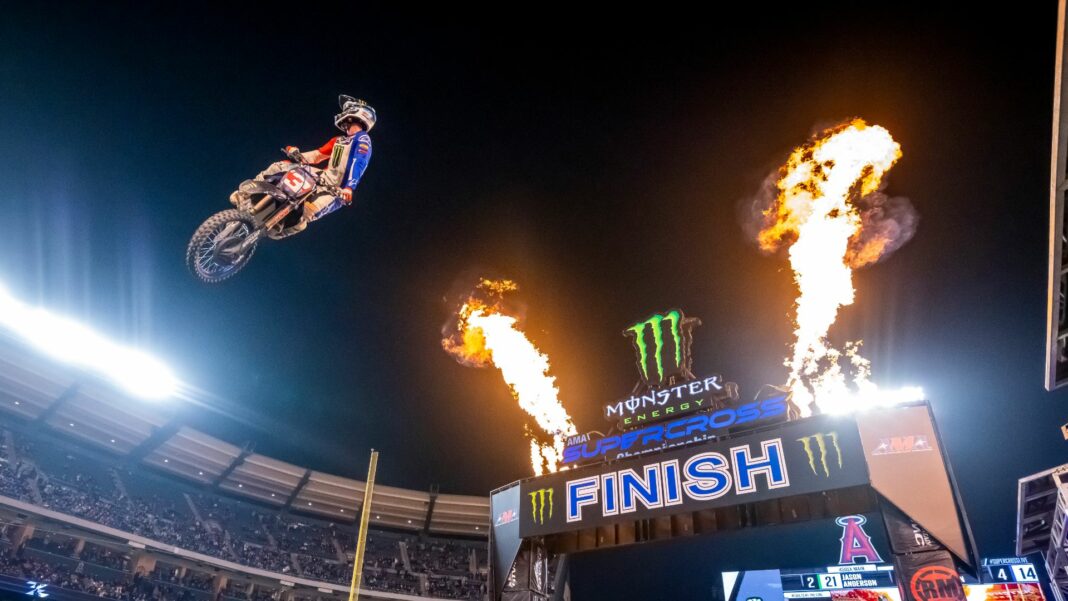 Monster Energy Star Racing Yamaha Eli Tomac grabbed his first win with his new team at round four of the championship series.

Tomac got the day off to a good start, qualifying second and then taking his second heat race win of the season.

In the main event, he got a decent start in sixth and quickly worked his way up the order and into the runner-up spot by Lap 5. He kept the pressure on and claimed the lead after the rider up front made an error. From there, he put in some fast laps to take his 38th-career win by a 4.6-second margin.

Tomac’s debut victory with the team in just four tries advanced his position at the top of the standings to six points.

“We’ve just been inching our way forward and fine-tuning every week, so it feels so good to get everyone that result that we all work for.”

“The track was so cool, with really technical rhythm sections, and my motorcycle was so good tonight. I could put it wherever I wanted to – inside, outside – and it was good for the distance, so that’s exciting for us.”