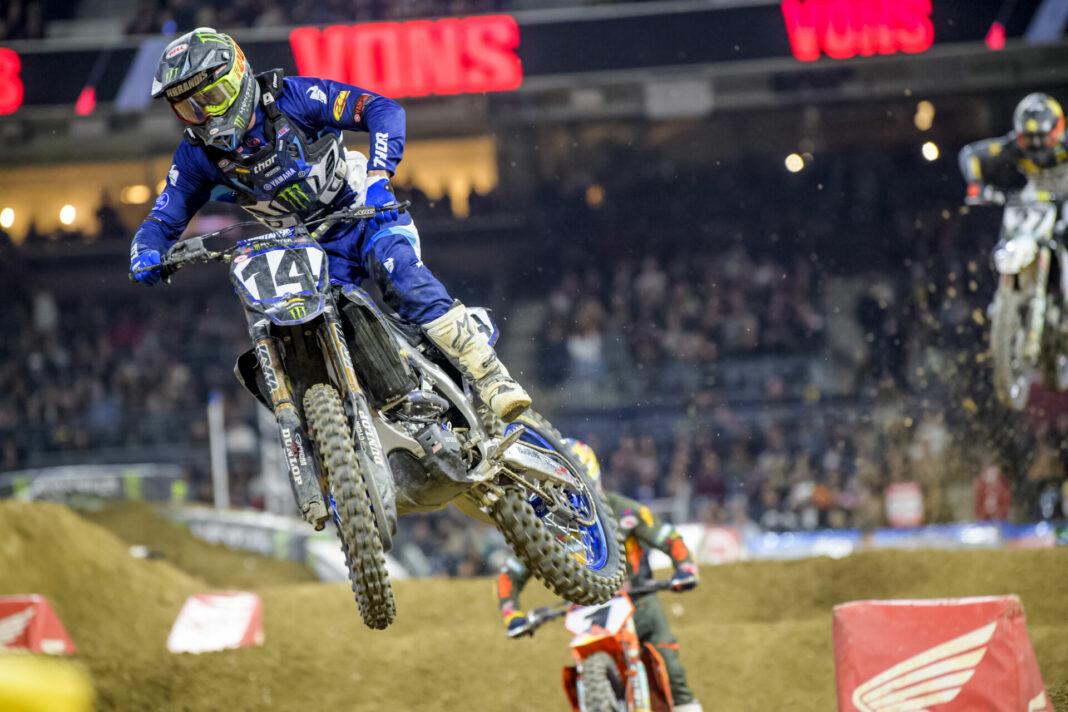 Monster Energy Star Racing Yamaha’s Dylan Ferrandis executed another impressive charge to the front, ending the night fourth to make gains in the points standings at the Angel Stadium of Anaheim.

Ferrandis also showed strength early in the day, topping the first practice session and qualifying fourth. He got a good start in his heat race and finished third but, unfortunately, found himself fourteenth in the main event. The Frenchman wasted no time, making his way through the field on a difficult track to make passes and claimed fifth by Lap seven.

On the heels of his competitor, he kept pushing and moved past with five laps to go. Ferrandis’ fourth-place finish scored valuable points, advancing him three spots to seventh in the championship standings.

“We had a really challenging track, but I was feeling good on the bike, and the lap times were great all day.’ said Dylan. “I finally got a good start in the heat race, which I was really happy about, and finished third. In the main event, I went on the outside, which wasn’t ideal, but I didn’t really have a nice spot on the inside.”

“It was an okay start, but I got pinched in the first turn and was pretty far back in position. Then I just charged the best I could, made many passes, and finished fourth. The bike is good, and I felt strong in the whoops, so there are a lot of positives from today, but after the podium last week, I wish I would have finished on the box again. This season, the competition is tough, so it’s not always easy. I just gave everything I had, and fourth was my position today.”