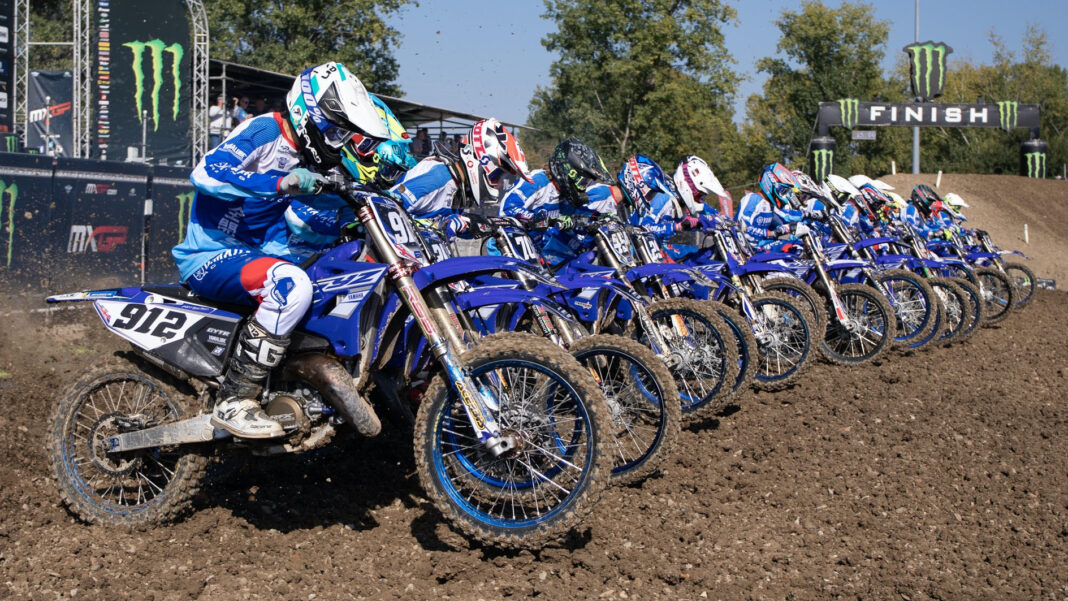 After an action packed season of national level racing, 101 of Europe’s top performing YZ125cc, 85cc and 65cc riders are about to embark on the biggest race of their careers.

Coming from 22 different nations, the promising young riders that have made the cut are heading straight for the 2021 YZ bLU cRU FIM Europe Cup SuperFinale which will take place this weekend at the Monster Energy FIM Motocross of Nations in Mantova, Italy.

This year marks the fifth edition of the YZ125 bLU cRU FIM Europe Cup, and second edition of the YZ85 and YZ65 bLU cRU FIM Europe Cups, after the 2020 edition was regrettably cancelled due to the coronavirus pandemic.  After a years’ hiatus, the greatly anticipated SuperFinale in Mantova this weekend will see 30 YZ125 riders, 33 YZ85 riders and 38 YZ65 riders race for an invite to the bLU cRU Masterclass that is expected to place in Spain in November. The official date and location is still to be confirmed.

At the SuperFinale, the top three finishers and two promising wildcard riders from each class will move on to take part in a unique Yamaha bLU cRU Masterclass.

At the Masterclass, one promising rider will win the ultimate prize where he or she will be picked to receive support in their quests to contest the European Championship. For the winner of the YZ125 bLU cRU FIM Europe Cup, he or she will join a Yamaha supported EMX125 team, while the EMX85 and EMX65 riders will receive added support from Yamaha Motor Europe for their 2022 seasons.

The YZ bLU cRU FIM Europe Cup SuperFinale is all about giving talented youngsters an opportunity to take a small step towards an eventual career in Grand Prix racing. It is designed to work as a bridge between national and international level racing by offering kids a chance to race alongside their heroes at the biggest and most watched event of the season. This years’ YZ bLU cRU FIM Europe Cup SuperFinale will be free to view LIVE on www.MXGP-TV.com.