Home News Motocross Paulin: ‘I have respect for all the riders’ 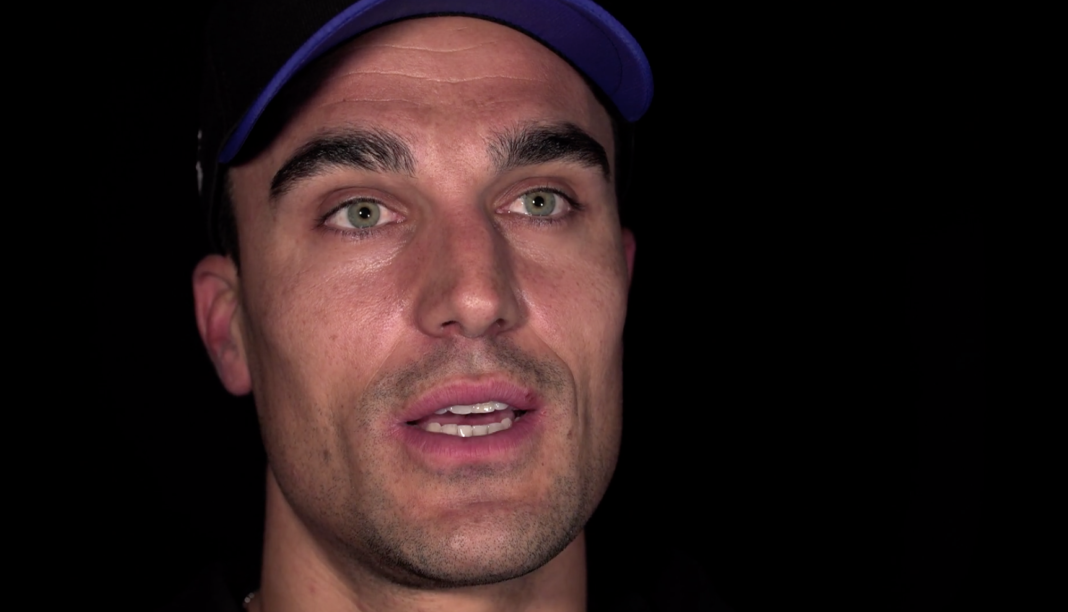 The French fan favourite looks back on his glittering career...

Gautier Paulin announced his retirement at the end of the 2020 season and in a retrospective interview with MXGP-TV the Frenchman talks about his glittering career that didn’t result in an individual world title but saw him claim five consecutive Motocross of Nations crowns.

The 30-year-old did win a BMX world title but his sights were set on motocross from an early age.

“My dream was always to race motocross,” he said. “I was around 10 when I really believed I wanted to do motocross.”

Paulin’s first major motocross achievement came in 2007 when he won the European MX2 title by one point from Italy’s David Philippaerts.

Dealing with pressure is a huge part of racing top-flight motocross and Paulin admits to initially struggling.

“In 2008 I signed as a factory racer and I was having high expectation from myself to be up front and potentially winning motos. I put that much pressure on that I wanted to go quicker than was possible and I injured myself a lot. It was just a black year for me. Then I decided to calm down.”

This approach quickly paid off and he claimed a career-first GP win at the opening round of 2009 in Italy.

“In Faenza the first round was apocalyptic with the rain and stuff and already on the Saturday I had a crash and I came back with the best lap time of the qualifying and then I won the GP and got out of that first grand prix with the red plate. I put everything back together after 2008 to make my 2009 beautiful again.

“Finishing third in the championship [in 2009] was an achievement. There was only one guy [Marvin Musquin] winning but mostly I was fighting up front for the title. This was the target and I did it and it was a nice feeling and definitely a good performance.”

Paulin’s size put him at a disadvantage on a 250 and when he switched to MXGP he made an immediate impact with a dazzling debut as a wildcard rider at the final round of 2011.

“In MX2 I was always around 77 kilos but it was not light enough because when you want to start at the front it always helps you to be lighter. So 2011 was my last year in MX2 and at the last round I asked to race with the 450 because my team-mate Steven Frossard was injured. I went 1-2 and won the GP – it was unbelievable. That bike was just a tractor – so strong.”

After over a decade at the top of his game, there are plenty of moments that stick in Paulin’s mind but the one that really stands out was his victory at the Italian GP in 2013.

“I was racing the French GP at Ernee and I won the first moto and Antonio [Cairoli] won the second so he took my GP. Obviously, I was like ‘damn, he just stole my GP’ and I didn’t swallow it. I went to the next round in Maggiora and won myself in front of him and it was not a win with 20 seconds, we were fighting until the last corner. I never gave up and was really strong and I won.”

Paulin was the cornerstone of France’s domination of the Motocross of Nations. The only rider to represent his country on all five winning occasions, the first in 2014 was the sweetest for him.

“French motocross has so many strong riders that being 11 years in a row at the Motocross of Nations was something but winning five times in a row from ’14 was just wow! I would say 2014 was the best win because individually I won all the motos – I was that strong that year that nobody could beat me and when you have that feeling it’s just extraordinary.”

Paulin’s banged bars with the fastest riders on the planet but out of all of them there are three who he rates above all others.

“My most respected rival? I’ve had a few. I’ve raced the best riders in the world. I would mention [Ken] Roczen, Antonio Cairoli – he’s the Valentino Rossi of MXGP – and I would say I enjoyed also racing Jeffrey [Herlings]. I have respect for all the riders. If they are racing the MXGP series it is because they are strong.”

For the full interview go to www.mxgp.com and follow the link to MXGP-TV.

Yanks go home. Oh, you have…

Max Hind - January 17, 2021
Last summer Ken Roczen made the surprise decision to sit out the entirety of the American outdoor national season, with the intention...

Last summer Ken Roczen made the surprise decision to sit out the entirety of the American outdoor national season, with the intention...
Read more

Another turn against tradition in Houston was having the east coast 250 riders kick off the series. Something that hasn’t happened since...
Read more

Last summer Ken Roczen made the surprise decision to sit out the entirety of the American outdoor national season, with the intention...
Read more

Another turn against tradition in Houston was having the east coast 250 riders kick off the series. Something that hasn’t happened since...
Read more