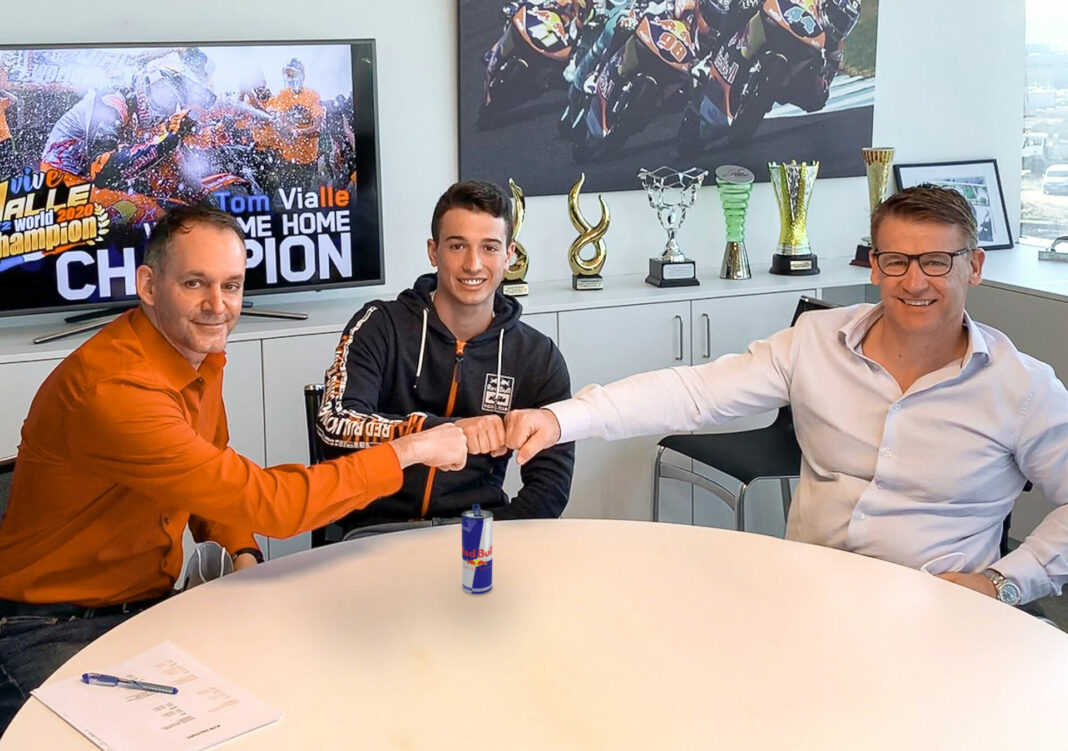 20-year-old Vialle claimed the 2020 MX2 title and has already won four Grands Prix in the current campaign. The Frenchman is rapidly climbing the standings after suffering a broken right hand earlier in the season and has risen from eleventh to fourth position with seven rounds still to go.

After entering the Red Bull KTM squad as an MX2 rookie in 2019, Vialle has made incredible progress and mixed his blossoming technique, fitness, racecraft and intelligence with outstanding results. He has now committed his future to the factory effort to bring his association with KTM up to more than half a decade.

As well as aiming for another MX2 crown in 2022 – where Vialle will also help develop the latest generation of the KTM 250 SX-F – #28 is also lined-up to make his debut with the KTM 450 SX-F in MXGP in 2023 where he will be given time and scope to learn the intricacies of the division in a deal that will stretch to the end of 2025.

“I’m so happy to continue with KTM,’ said Vialle. “I want to give special thanks to Robert and Pit because they understand me and my wish to make another year in MX2 because I had some bad luck this season.”

“I want another title. I feel so good with the team, Dirk, Joel, Valentina, Harry, the whole crew and I wanted to carry on with them. It was an easy decision. KTM is my first team! They were the first people who believed in me, so I am very grateful.”