Clement Desalle (Monster Energy Kawasaki) turned back the clock to win the second 450 moto at the MXGP of Trentino but Tony Cairoli (Red Bull KTM) did just enough to snatch the overall decision on home soil from defending champion Tim Gajser (Team HRC).
“I’m very happy,” said Cairoli. “I like to ride in Italy of course but without the public it’s not the same. I’m happy to win the overall and also to fight with Clement for the second race win.”
With just two rounds to go – that’s a maximum of 100 points up for grabs – Gajser now leads by 73 and is in pole position to take the title.
Cairoli holeshot the second race but Jeremy Seewer (Monster Energy Yamaha) squeezed through in turn two to take the lead with Desalle and Gautier Paulin (Monster Energy Yamaha) – who will both retire at the end of the season – holding third and fourth as Gajser sat ninth.
Seewer surrendered the lead on the opening lap when his back wheel broke traction and he crashed back to fifth. Desalle then moved to the front and soaked up race-long pressure from nine-time world champion Cairoli to claim his first moto win since the MXGP of Russia in 2018.
Gajser had been patiently picking up places and by half-distance he was holding down fifth before a late move on Seewer put Paulin in his sights. With a pass for third good enough for the overall, Gajser initially pressed the Frenchman but then appeared to back off, apparently satisfied to settle for the points.
British interests were upheld by Adam Sterry (Hitachi KTM fuelled by Milwaukee) who picked up three points for 18th but both REVO-backed Dylan Walsh and Evgeny Bobryshev (PAR Homes RFX Husqvarna) failed to make it to the finish. 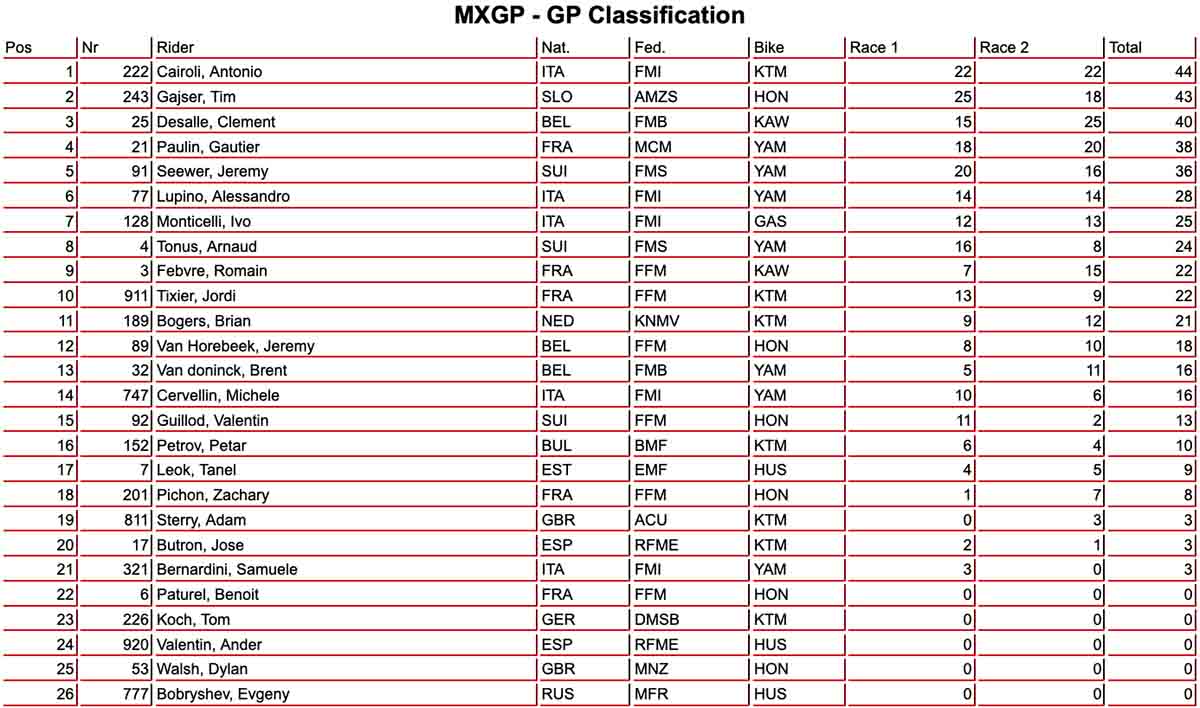 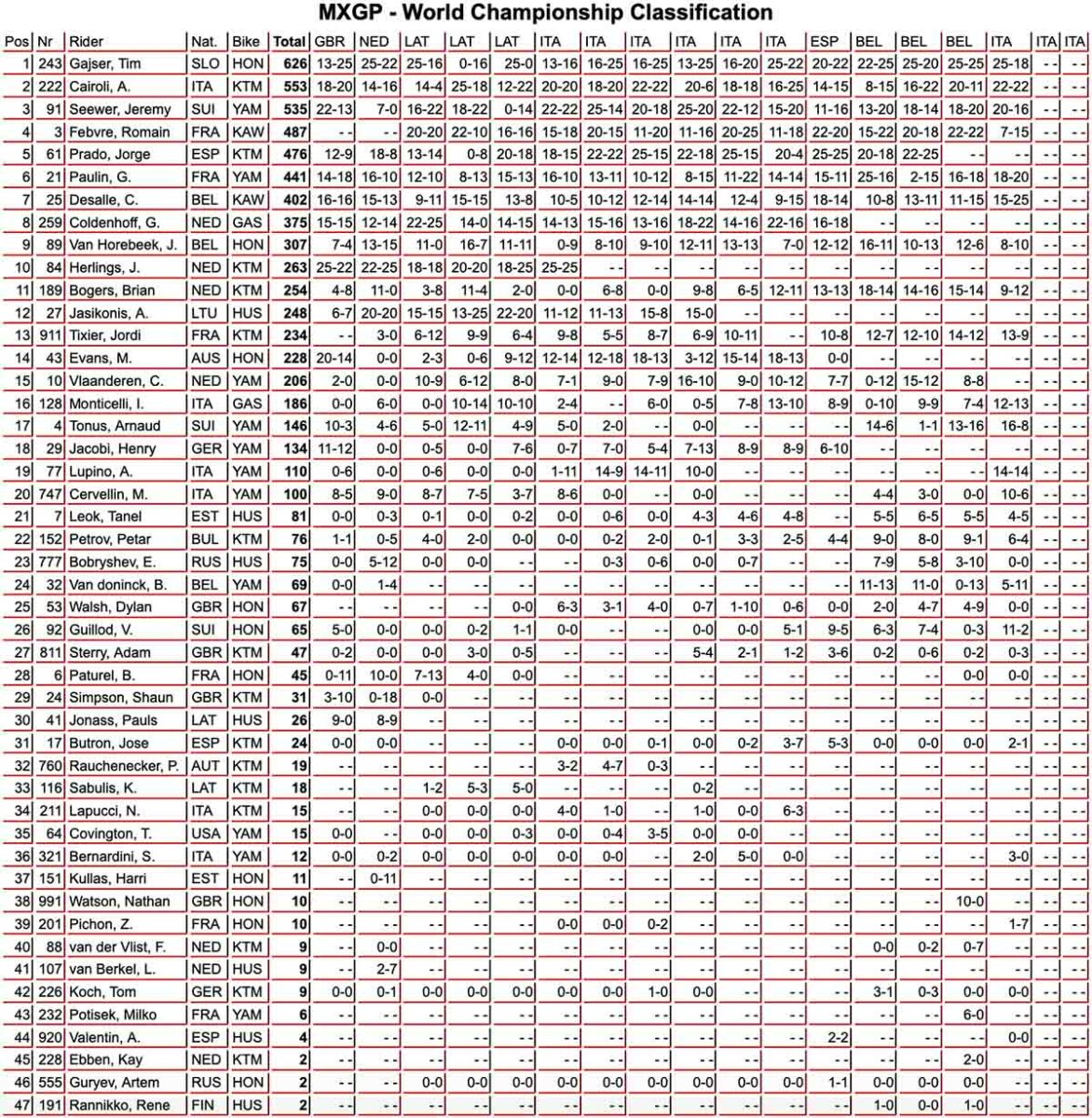