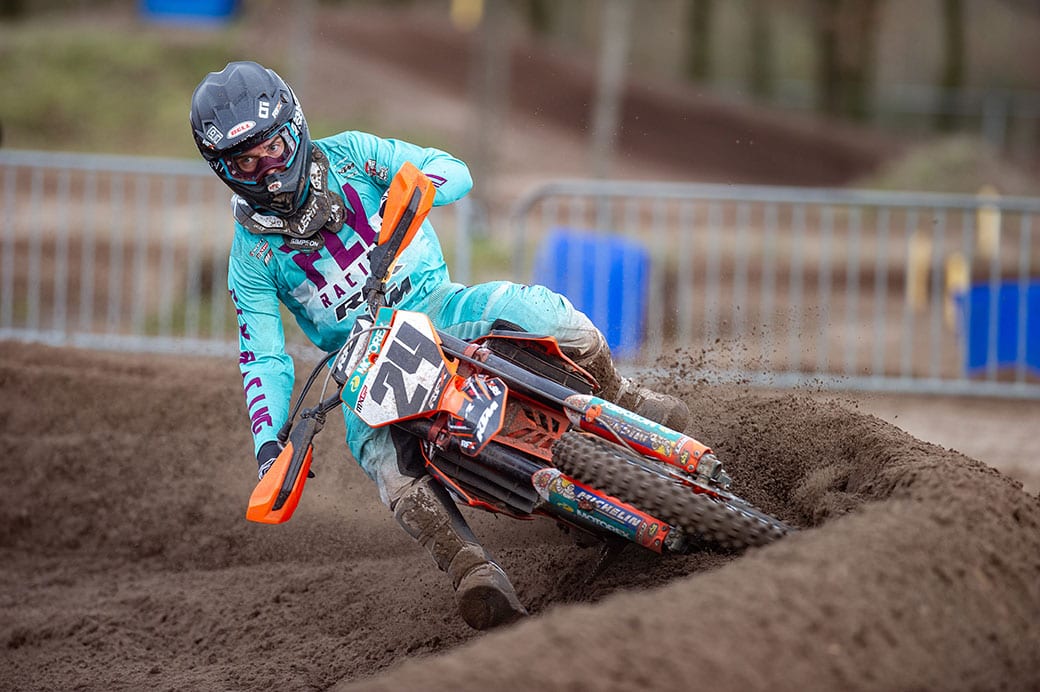 Shaun Simpson made his return to MXGP last weekend in the Czech Republic for round 13 of the series.

Late on in timed practice Simpson found his rhythm to finish fifth leaving him with a good gate for the upcoming qualifying race.

A top-10 start in race one saw Simpson sitting in ninth for the opening five laps but by the halfway stage he lost a couple of positions as Max Anstie and Jeremy van Horebeek found their way past the Scot. Simpson finished in 14th in race two for 13th Overall, adding 17 world championship points to his total. After missing five rounds to injury, Simpson’s position in the standings has taken a hit and he now sits 16th.

“This weekend was good, I probably had some slightly better results in mind but I feel like I rode pretty good,” said Simpson. “I’d be lying if I didn’t say that I came into this weekend underprepared as I’ve been putting a lot of effort into riding the sand getting ready for Hawkstone Park and with Lommel coming up and the ‘Nations selection, I wanted to be ready for the sandy races.

“Bike set up was key this weekend – I really struggled with that. I felt like I burnt myself out this weekend trying to ride the bike this weekend rather than letting the bike do the work and this cost me in the latter part of both motos.

“Overall it was great to be back at MXGP, but it’s just a shame that I’ve missed so much of the season due to my injury.