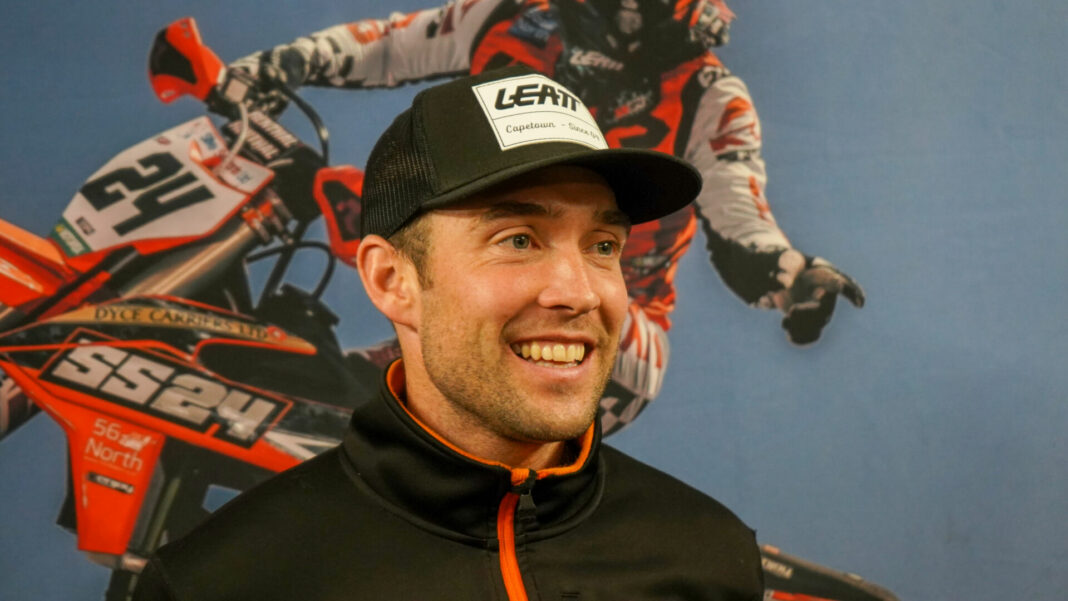 SS24’s Shaun Simpson has announced his retirement from the FIM MXGP World Championship at the end of the 2021 season.

The Scottish native has been a strong contender in the MXGP and British Motocross paddock for eighteen years, claiming four MXGP wins as well as three British titles under his belt. Simpson will be retiring at the end of the 2021 race season, to concentrate on spending time with his family. He might continue to do the odd British Championship round but for now this will bring his lifelong racing career to and end.

Speaking to an emotional Simpson, he said “It’s been quite a long time I’ve been doing this, I never really expected growing up from Scotland that I would get to the point to be able to race World Championships.”

“My dad raced the World Championships and it was always my goal to at least reach that level, but we managed to that very early when I was sixteen years old, just after I finished school. It just sort of became the norm to be racing and riding and doing GP’s.”

“It was really hard in the beginning, we never really made much of it but we just kept trying and trying and in 2008 it kind of worked we got on a good bike and some good results, and ended up finishing fourth in the World Championship and I won my first British title, from there it was more or less my job and I started to make a bit of money with it.”

“It’s been a really long career, a lot of ups and downs but I just tried to keep smiling through it all. But tomorrow will be my last MXGP round, It will be a closing of a chapter in my life where motocross was my main job and seasons in motocross will come to a close.”

“Im an emotional guy but im managing to hold it together, with not knowing anything else in my life so it will be different to experience a life without it, I’m not really exactly sure what I’m going to do, but I will still keep riding and still do the British Championship, and just to reach some other goals that I have in my life, Ive got two young children and a wonderful wife to keep me active at home, and hopefully i’ll be able to carry the golf clubs around for my son instead.”

“It’s going to be a change, but it’s something Im looking forward to, but i’m ready to close the chapter on MXGP.”