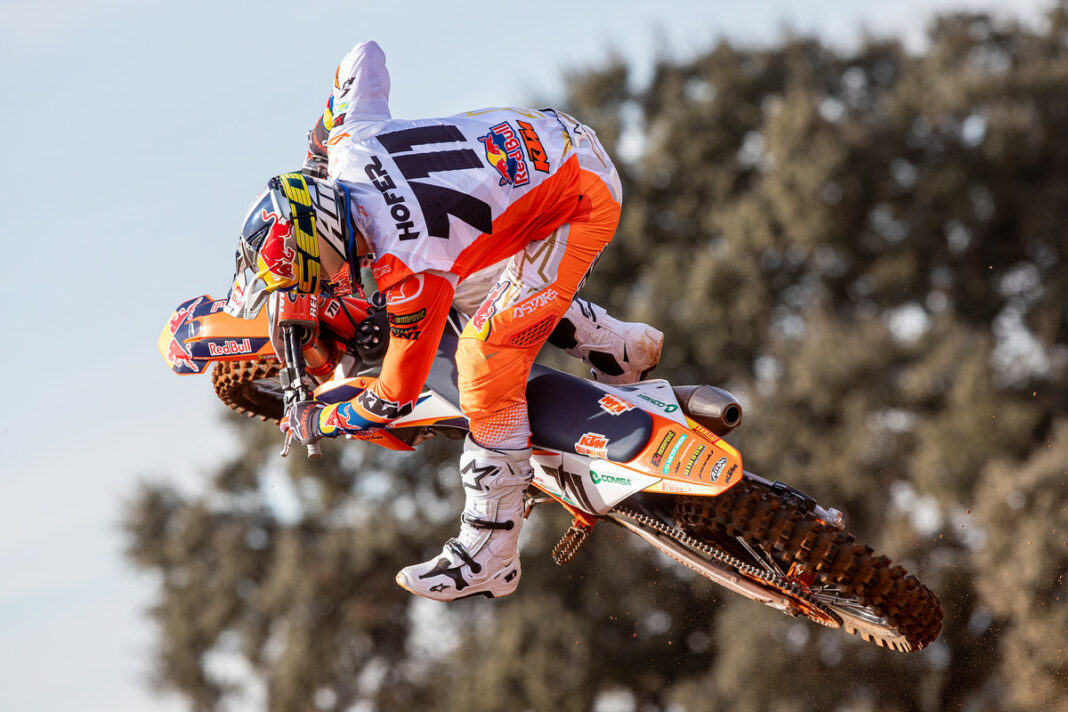 Tragically Red Bull KTM’s MX2 rider Rene Hofer was involved in an avalanche this Saturday just gone, losing his life along with two other people.

Tributes have been pouring in via social media for the young Austrian, who after winning his first MX2 race just under a month ago was set to be one of MXGP’s Brightest stars at only nineteen years old.

MXGP World Champion Jeffrey Herlings wrote “I really can’t believe it, spending so much time together, even sharing hotel rooms until last week in Italy, and today you are in heaven.”

“My heart feels broken, by body feels empty and I can not believe it still. You were like a little brother at times, often asking for advice and laughing so many times together. All my prayers are going to your family.”

Jill and Antonio Cairoli said “Liebe Rene, we’re so thankful we got to know you, from a little shy boy to the happy note in our team!”

“We will never ever forget your beautiful smile. Thanks for being such a sweet friend to Chase, you guys adored each other. We can’t believe this is true. We are heartbroken, heartbroken for Nadine, your mom and dad, your family and all the people that love you! We will miss you so so much Rene! Love you, Tony Jill Chase.”

“It is with a heavy heart that Infront Moto Racing must share the tragic news of the passing of one of its bright stars, Rene Hofer.”

“Rene was no doubt one of the happiest guys in the paddock, always seen with the biggest smile on his face. The Austrian had a bright future ahead of him and he showed a glimpse of what was to come when he claimed the 85cc Junior World Championship and European titles in 2016 and of course his incredible performance this season, including his first race win and Grand Prix victory in Pietramurata, along with the overall victory in the MX2 class at the Monster Energy FIM Motocross of Nations where he represented Team Austria.”

“Infront Moto Racing and the entire MXGP family expresses their deepest condolences and sends all their strength to Rene’s family, friends and the whole Team at KTM at this incredibly difficult time.”