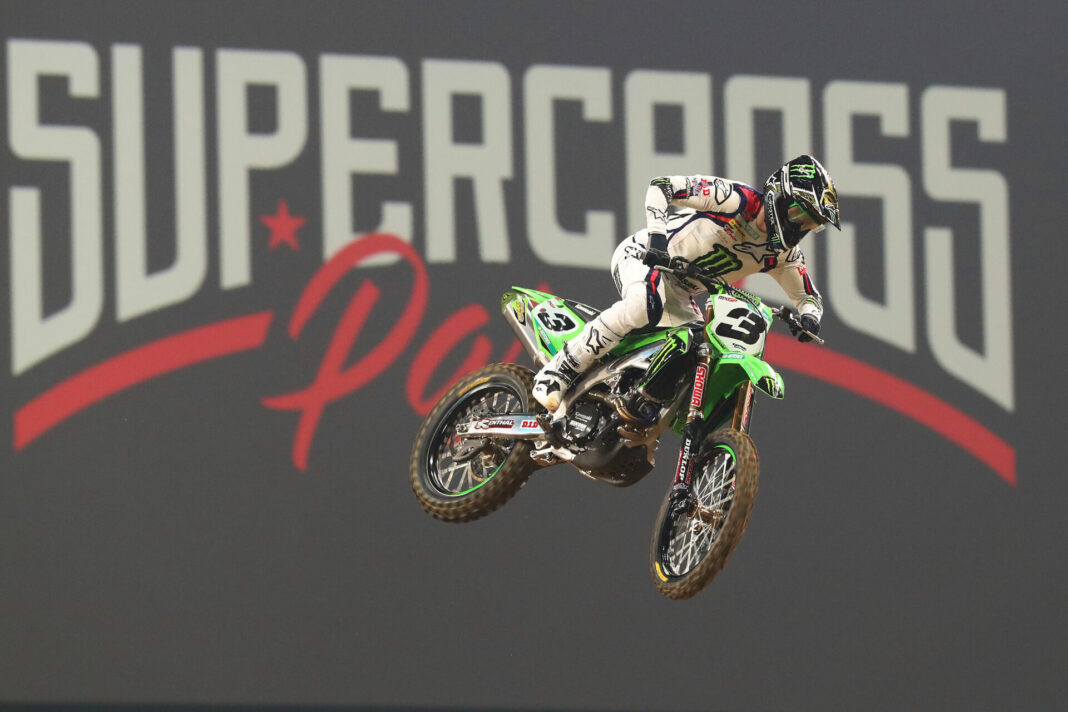 After a huge crash at Saturday Evenings Paris Supercross, Kawasaki have confirmed the frenchman has undergone surgery on a broken tib and fib.

Together with several other leading MXGP riders and seasoned Supercross specialists, Romain Febvre entered his last race of 2021 on Saturday; it was a unique and additional opportunity to race in a one -off Supercross event inside his home country of France after recently celebrating his second place in the FIM MXGP Motocross World Championship.

Feeling comfortable on the track laid out in the Paris la Defense Arena, Romain posted the third fastest lap time during the Superpole to confirm his fastest time from Friday practice. Fifth in the first of the three races Romain made a great start in the second sprint race, pushing his fastest lap time and was a challenging for second position behind Marvin Musquin when he crashed spectacularly on the finish jump.

After being transferred to the hospital Ambroise Pare at Boulogne Billancourt where he had further examinations, Romain underwent surgery and was treated for a double fracture of the tibia and fibula of the right leg. Following successful surgery Romain remains positive for his full recovery.

“Not the way I wanted to finish the season for sure!’ said Romain. “I was happy with my riding, didn’t took any risks, and I felt more and more comfortable with the track when I had this crash. In my career I already recover from injuries, I know what that means and for sure I will be back stronger.”