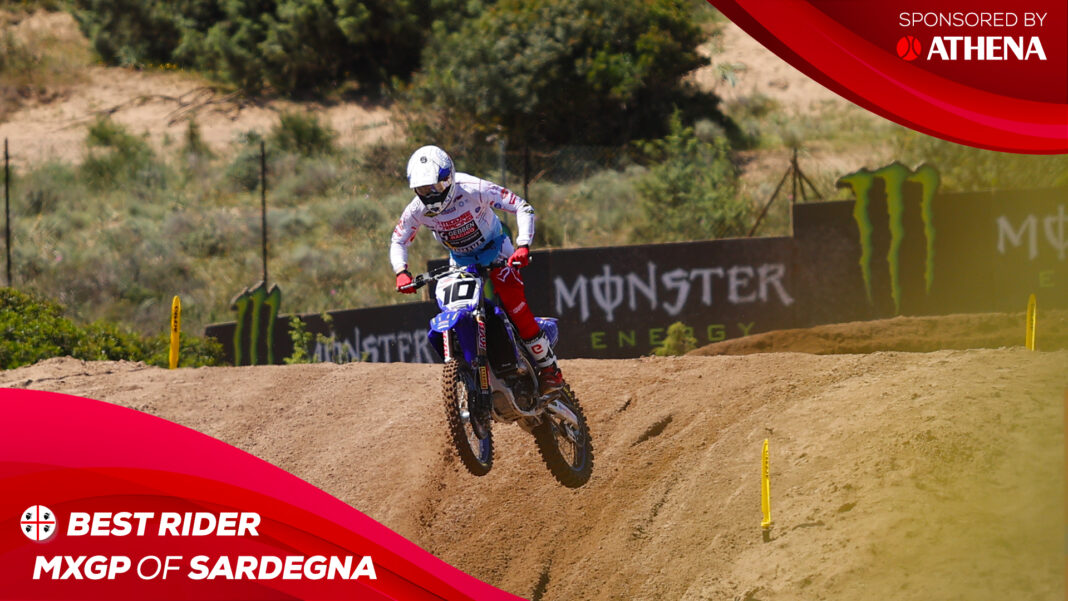 For the 2022 season of the FIM Motocross World Championship, we see the return of a very exciting competition, that is the Best Rider of the Year Sponsored by Athena.

Throughout the season, fans have the opportunity to cast their votes race-by-race and decide who becomes the ‘Best Rider of the Year Sponsored by Athena’ in MXGP at the end of this year’s championship.

Votes are tallied at every Grand Prix, with the ‘Best Rider of the GP’ being chosen during each event of 2022. The rider who is voted the most times as the best rider, will walk away with the ultimate prize and be presented with the special award for ‘Best Rider of the Year Sponsored by Athena’!

Every Grand Prix Sunday a dedicated post is shared on MXGP’s official Instagram page under which fans can comment who their favourite rider of the weekend is. This competition is only for MXGP riders and the voting closes at 8pm on Sunday.

The comments are then counted and the rider with the most votes is chosen as the best rider of that GP.

At the MXGP of Sardegna, Gebben Van Venrooy Yamaha Racing’s Calvin Vlaanderen turned heads with his impressive performance, despite the challenging track and weather conditions, as he went on to top the charts in time practice, qualifying and both of the MXGP races to secure his first overall victory in the premiere class and as a result was voted the Best Rider at the MXGP of Sardegna by the fans.

The double-race winner received more than 79% of the votes, while in second place came Team HRC’s Tim Gajser with 10% and Monster Energy Yamaha Factory Racing’s Glenn Coldenhoff was third on the podium and third in the votes with 5%!

The Best Rider of the Year Sponsored by Athena will continue in a couple of weeks time at the MXGP of Spain!

2022 Best Rider of the Year Sponsored by Athena Standings