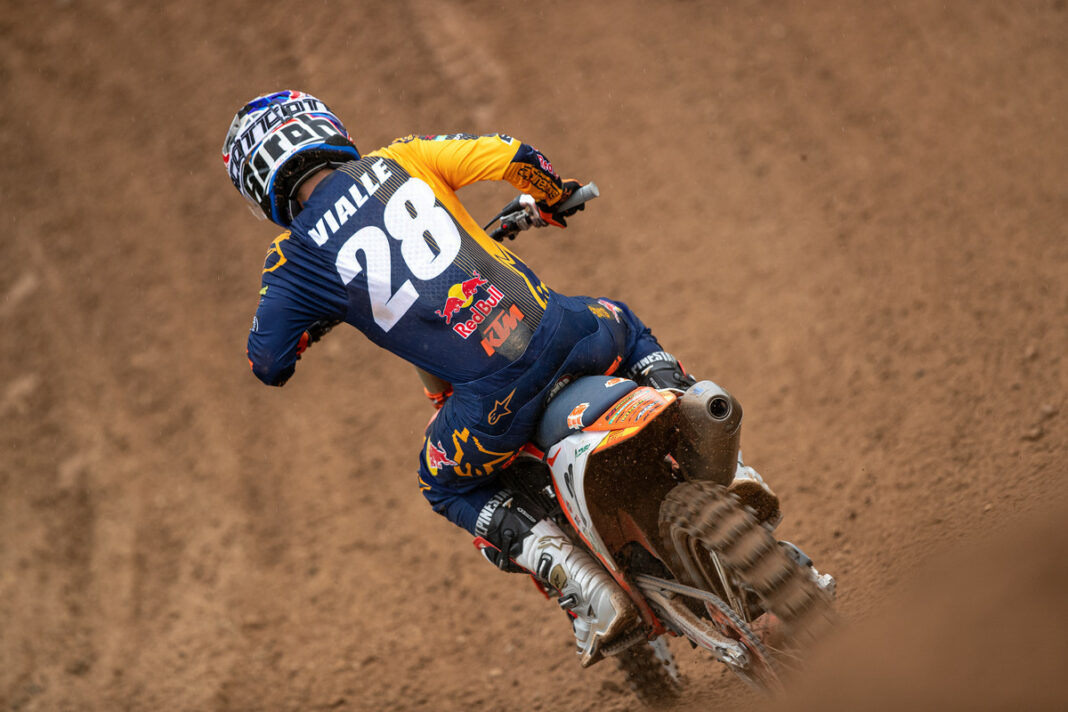 Vialle shot out the gate and grabbed the opening MX2 moto holeshot at the dry hardpack Afyon circuit, as teammate Rene Hofer jumped straight into the lead the opening lap of first moto of the day.

Vialle eventually makes the move on Hofer to move up into the lead, as Hofer struggles to fight off the Rockstar Husqvarna rider Jed Beaton.

Meanwhile further down the field, Fernandez put the pressure on MX2 Monster Energy championship leader Maxime Renaux, as Fernandez then made a move on Rockstar Energy Husqvarna rider Kay De Wolf, but doesnt make the pass stick, which resulted in him finishing in sixth place.

Red Bull KTM Mattia Guadagnini had a great ride after a rough start to the moto, making his way through the pack to push up into second position, as championship leader Renaux managed to get back up to fourth position.