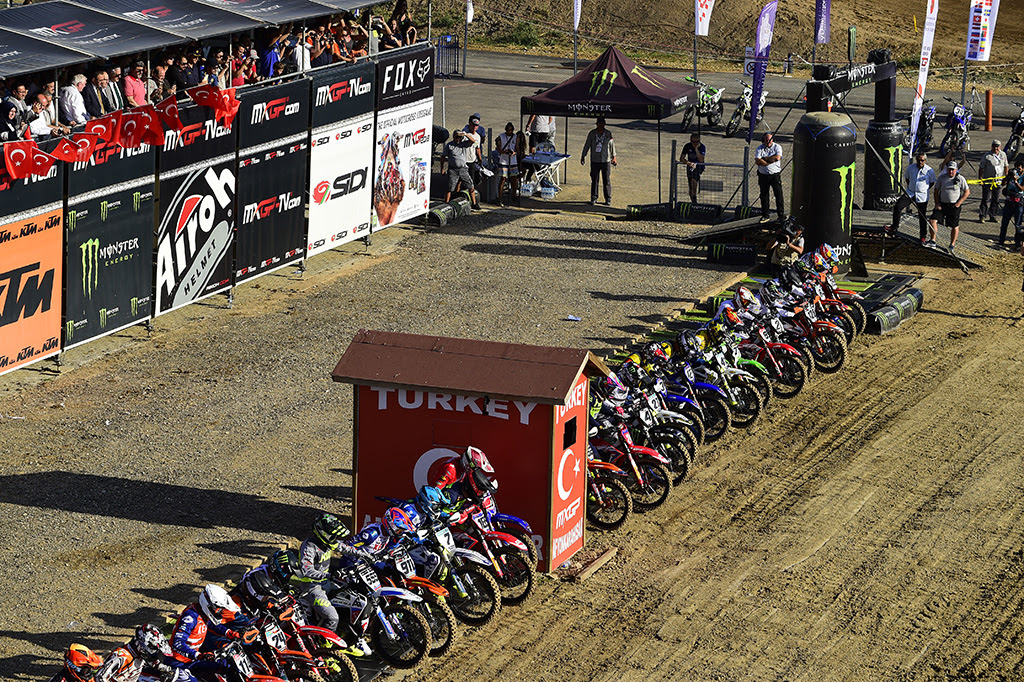 This year’s Motocross World Championship will see two races taking place in Turkey this year with the MXGP of Turkey and the addition of the MXGP of Afyon to the schedule.

A statement from the FIM reads:

During the COVID-19 pandemic, Turkey has successfully managed and kept the virus under control with its strong health system and therefore it has been decided to hold one more round of MXGP in Afyonkarahisar, the City of Sports.

This year’s Turkish Grand Prix will host the first double-header of 2021 under the auspices of the Presidency of the Republic of Turkey. The MXGP of Turkey will go ahead as originally planned on the fourth and fifth of September, while the second event, the MXGP of Afyon will take place mid-week on the following Tuesday and Wednesday, the seventh and eighth of September to replace the MXGP of Sweden that was postponed previously to 2022.

Along with the MXGP and MX2 races, the Turkish double-header will also see rounds of the FIM Women’s Motocross World Championship and the EMXOpen and EMX2t Presented by FMF Racing.