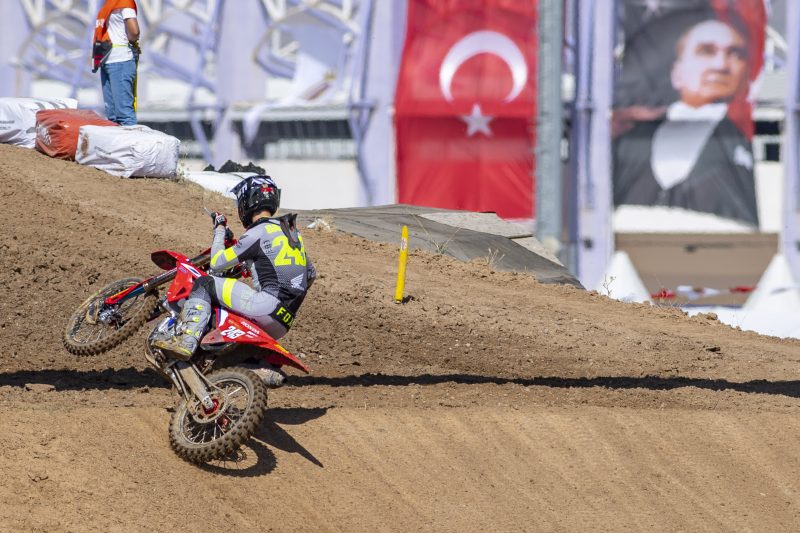 It was a mixed bag of results for the Slovakian rider, but claiming the win by four and a half seconds in the second moto and extending his championship lead by thirteen points put a positive end to the day.

“That was definitely two completely different races today, but I’m glad to have finished on a high note with that victory.” said Gajser. “In the first race I just got stuck behind another rider for too long and couldn’t find a rhythm. When I did get past, the front guys were too far in front so I couldn’t catch them.”

“In race two, I got a better start and was in third early on. I quickly moved into second and then a few laps later I moved into first. Once I was there, I was able to pull away a bit and control the race until the chequered flag. Overall, it was good and I’m excited to come back on Wednesday and try and get the win here.”