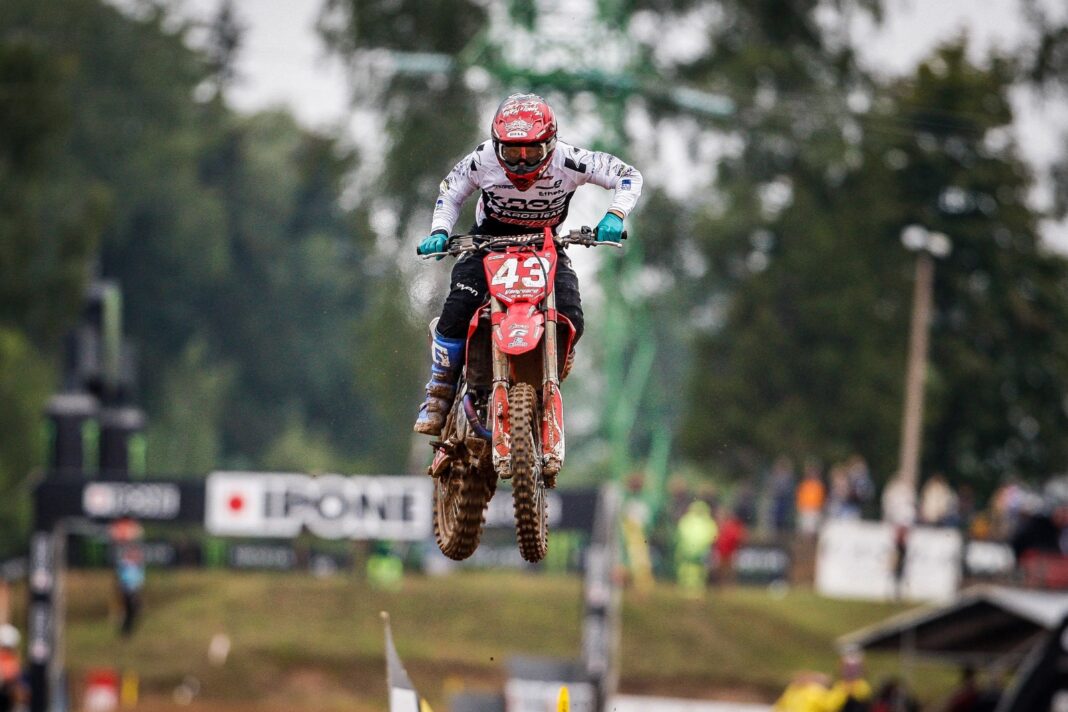 Nicolas Decourt didn’t line up for the second EMX Open Moto of the day in Turkey, due to unforeseen circumstances. This of course left the race wide open for championship leader and moto one winner Davide Debortoli, as he grabbed the holeshot ahead of Simone Croci.

However Polish rider Tomasz Wysocki had a storming battle with Croci throughout the second EMX Open moto of the day, with Wysoki claiming the fastest lap of the race with two laps to go. The pair started to work there way through the back markers but still managed to bring it home in second and third place.

Davide Debortoli claimed a 1-1 scorecard for the day in Afyon, a first for his EMX Open career, and extended his championship lead by 37 points for the penultimate round.