Home Motocross MXGP MXGP Turkey: ‘It could have been better’ – Febvre 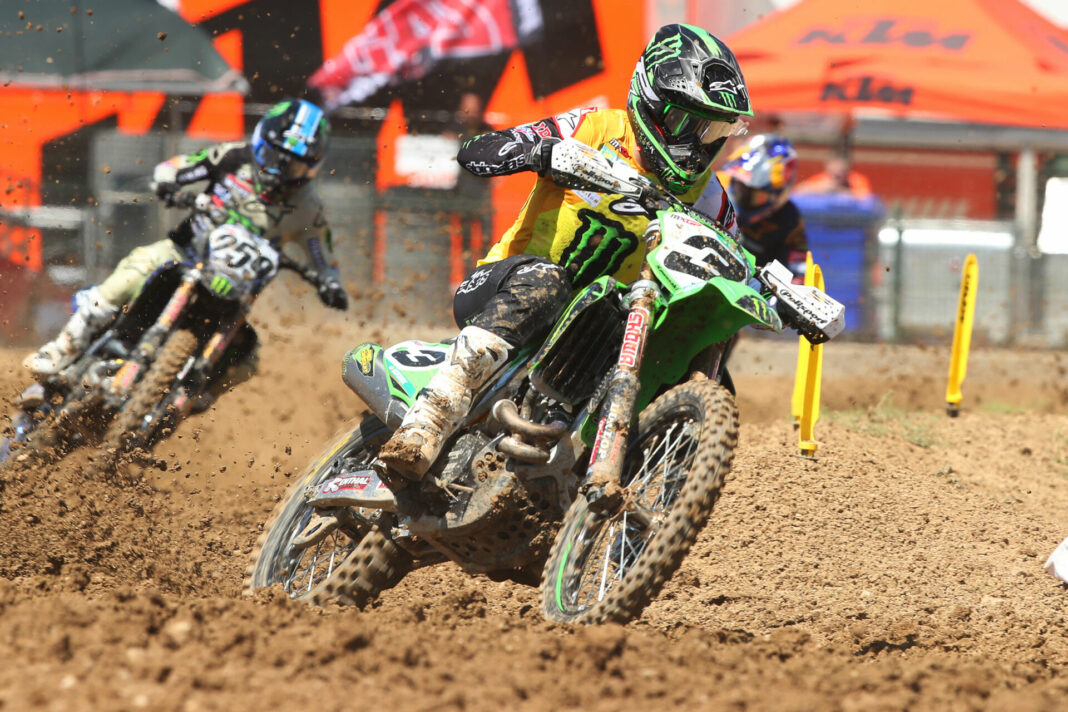 Monster Energy Kawasaki’s Romain Febvre continued his top three standings in the MXGP World Championship this sunday, at round eight of the series.

The Frenchman suffered a mixed bag of results throughout sundays racing, collecting a fourth overall with a four four scorecard despite feeling ill towards the end of the day.

“This morning I had a good feeling on the track and I was happy with my third position behind the gate,’ said Febvre.

“The first moto I had a good start and tried several times to pass Prado but there were not so many lines to make the difference and I couldn’t really attack him. That helped Jeffrey to come back at me, when he passed me I looked at his lines but three laps from the end I made a small mistake and lost one position to finish fourth.”

“My second start was again a good one, I was behind Prado but my feeling was not so good. I didn’t feel well and I was not at my best physically so I had to be content to secure another fourth position. It could have been better, but if we consider how I felt in the second race it could have been worse. Now I will rest to be ready for the next GP on Wednesday.”