Home Motocross MXGP MXGP Turkey: ‘I am trying to be the best I can’ –... 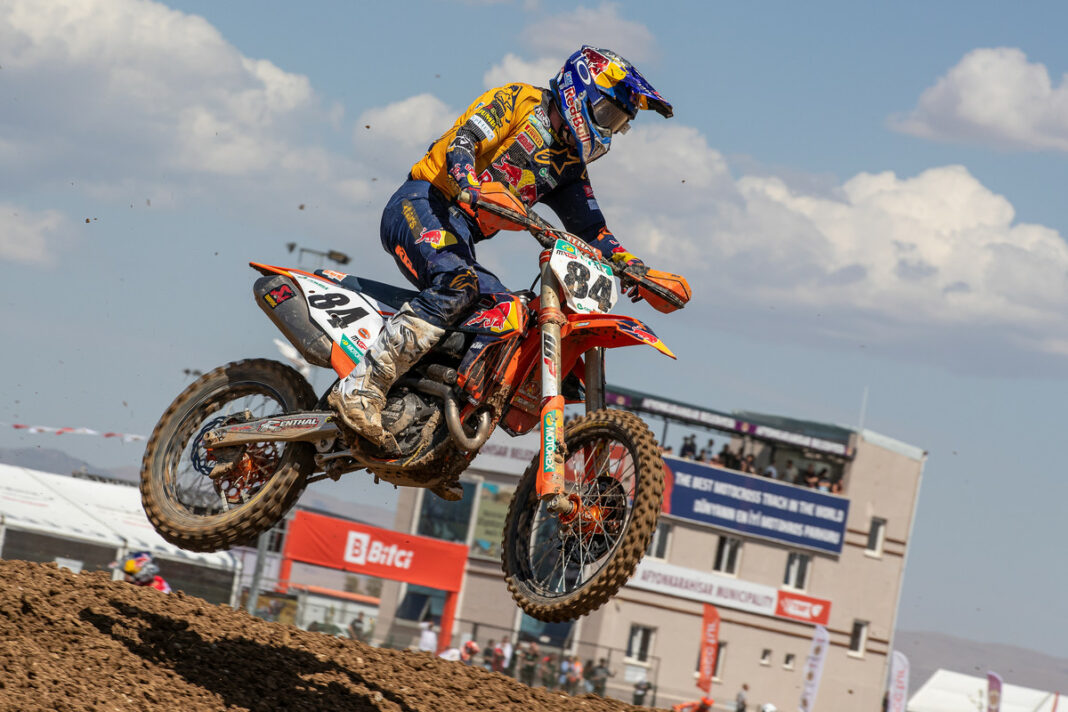 Red Bull KTM’s Jeffrey Herlings returned to podium victory for round eight of the FIM MXGP World Championships this sunday, in Afyon Turkey.

After returning from the four week summer break and suffering a broken shoulder, the Bullet stormed to a moto one win on the hardpack circuit, and made his way through the stacked field to finish second in the second moto of the day giving the Dutch rider the top step of the podium.

“Definitely the first race was much easier because I was around fourth of fifth in the start and only had to pass a few guys,’ said Jeffrey.

“Both starts were off today and with the high altitude here we changed some things with the bike, but I think maybe we should go in a different direction. The start was pretty bad in the first race but then I managed to pass Glenn, Romain and Jorge and then it went pretty easy.”

“Second race I was around tenth or twelfth, it was harder to get around the other guys, the last few laps were sketchy between Jorge and Tony as they were fighting for second position. Then Tony crashed right in front of me and then I managed to sneak past Jorge, but Tim was too far away for me to do anything about it.”

“A 1-2 is good, we have some good racing and I look forward to it, I like the track but will definitely work on the starts and try some things. The arm is fine now, in Lommel it was very painful but in Latvia it was already much better, I still had a bit of pain but nothing crazy. I don’t know if you can ever be 100% but I am trying to be the best as I can because the competition is strong. If you look at the championship, the top five guys are really close.”