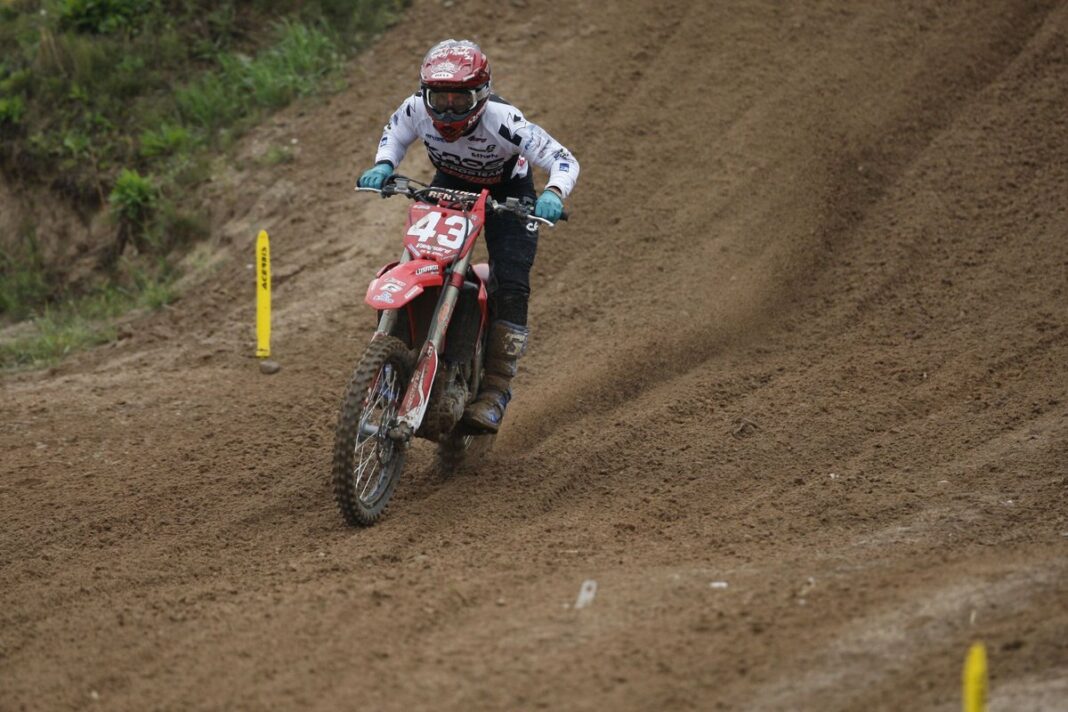 Debortoli grabbed the opening EMX Open holeshot for the penultimate round of the European Championship in Turkey, followed by Honda SR Motoblouz frenchman Nicolas DeCourt, followed by the Italian Simone Corsi.

Championship contenders Debortoli and DeCourt battle it out on the dry hardpack track, with DeCourt trying to make the pass early on in the moto almost taking the pair of them out completely.

Heading onto the last couple of laps, Decourt makes a small mistake on one of the rough corners, allowing Corsi to almost make the pass, until Decourt runs into a back marker which meant the duo scrapped it out between them for the last half a lap of the moto, with ultimately Corsi making the pass to finish a season best in second position, as Debortoli claimed the EMX Open moto one win and extended his championship lead.