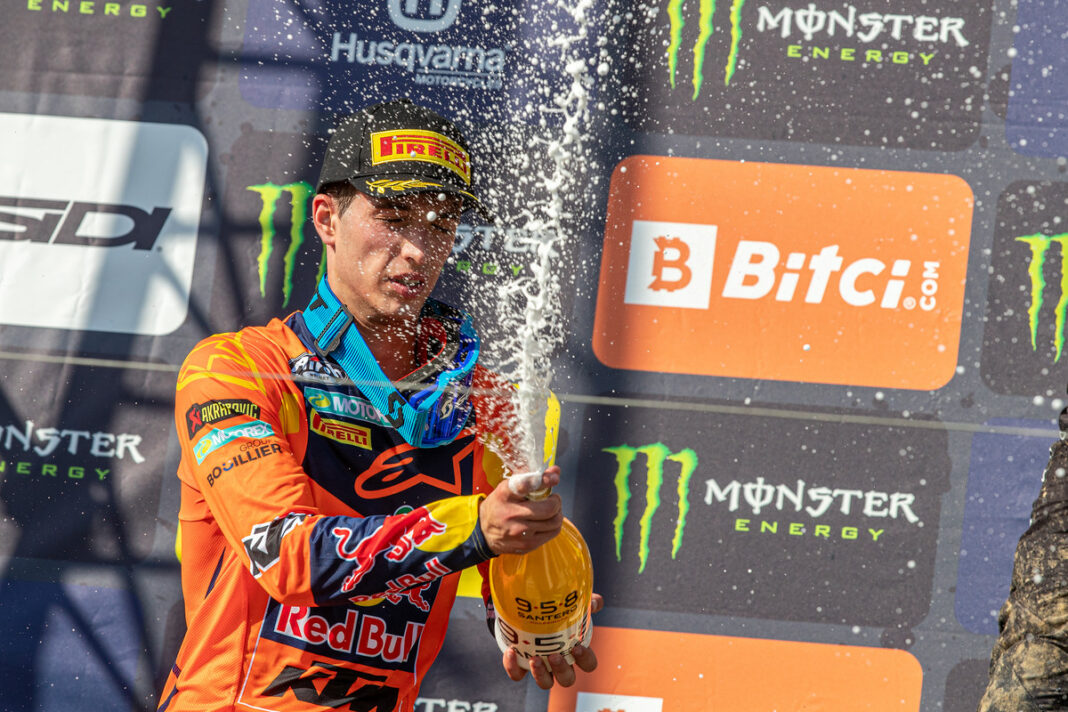 Red Bull KTM’s Tom Vialle grabs overall victory at this weekends MX2 FIM World Motocross Championship in Trentino, for the fourteenth round of the series.

Vialle adds another Fox Holeshot to his collection as Monster Energy’s Yamaha and championship leader Maxime Renaux goes down on the first corner, allowing the rest of the pack to fly through, but he managed to work his way back through through the field and finish up in eighth place, and manages to keep hold of his championship lead.

Red Bull KTM’s Rene Hofer crashed out of second after tucking the front, which allowed Monster Energy Yamaha’s Jago Geerts, Rockstar Husqvarna’s Jed Beaton and 114 Motorsports Honda Ruben Fernandez to move up further in the field. Monster Energy Yamaha’s Thibault benistant isn’t having a good day at the Trentino circuit, making a mistake and twists his knee, but still managed to pull it back to seventeenth.

Red Bull KTM’s Mattia Guadagnini and Rockstar Energy Husqvarna’s Kay De Wolf went right down to the wire with one tenth of a second between the two as they cross the line for sixth and seventh place.