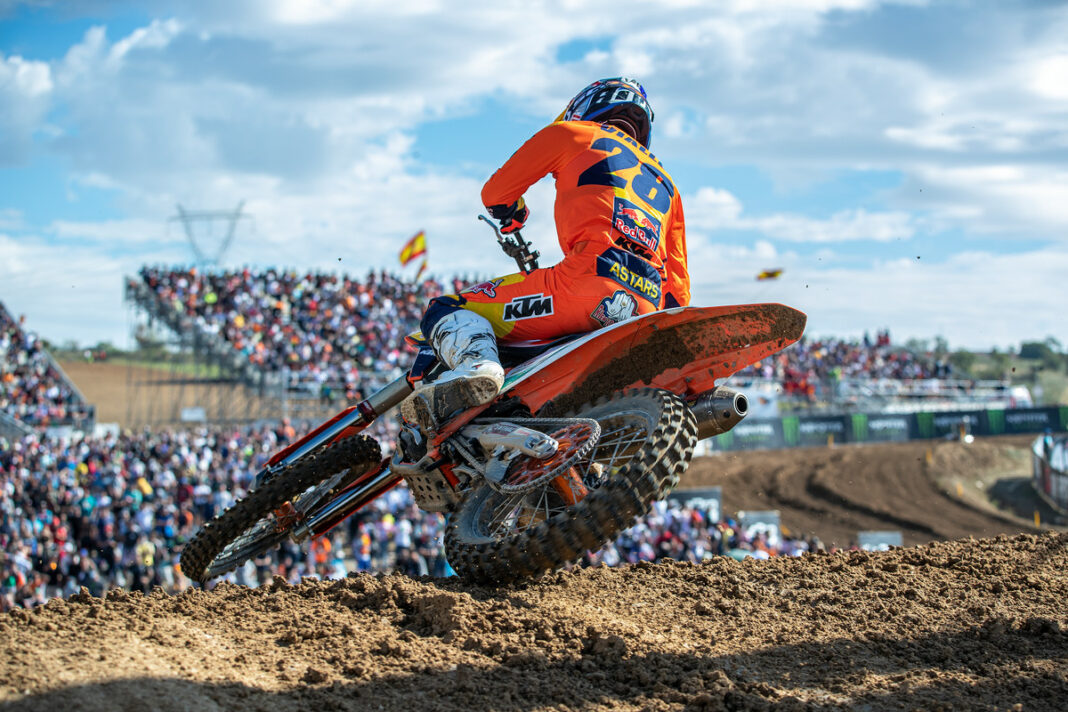 Red Bull KTM’s Tom Vialle added another race win to his collection this weekend in Trentino, for the first moto of the day at the sunny Italian circuit.

The Frenchman shot out the gate claiming the Fox Holeshot, ahead of Monster Energy Jago Geers and Diga Procross GasGas Factory racings Isak Gifting, as Gifting soon shoots through into second position.

Rockstar Energy’s Jed Beaton also was stuck in the mix during the opening few laps, before he just tips over dropping out of eighth place, but manages to remount and finish in seventh position for the opening moto.

Geerts almost goes over the bars towards the end of the moto, as Kay De Wolf charges through the pack suffering with a broken nose from the previous GP in Spain.

However Tom Vialle continued to add another win to his collection in Italy, followed by Geerts and Gifting.

Your top ten MX2 moto one are below: