Home Motocross MXGP MXGP Trentino: ‘It’s good to be back on the podium’ – Coldenhoff 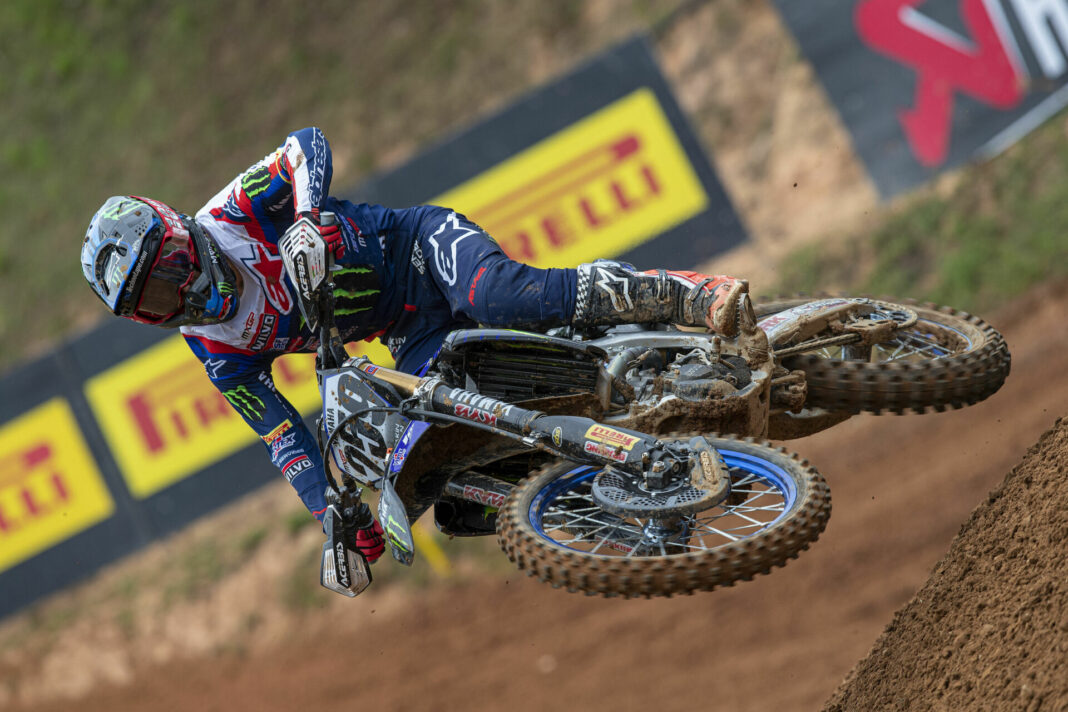 After grabbing a fifth place finish during the first moto, Coldenhoff dived down the inside of Febvre and made a spectacular pass for the lead on lap thirteen during moto two, and led the way for five laps until Herlings made a pass with three laps remaining. Going into the final lap, Coldenhoff went bar to bar with Gajser, and impressively defended the challenge from the current champion to secure second overall.

“I have been struggling all year long except in Maggiora, so it’s good to be back on the podium,’ said Coldenhoff.

“It’s been a very long and hard road. It’s good to be back here and I also feel like I belong here. I had a good feeling straight away this morning. I finished fifth in the first race.”

“The second one was quite intense to say the least. In the beginning I was behind Febvre. I got so much pressure from behind, so I really had to do something. I managed to pass Romain and lead a few laps. I can tell you it was a great feeling. Definitely looking forward to having more battles like that.”

“Jeffrey as we know is really strong lately. He passed me and I don’t think it’s a shame. It’s good that we have two more rounds here. I started this stretch on a positive note and I am looking forward to the rest of the season.”