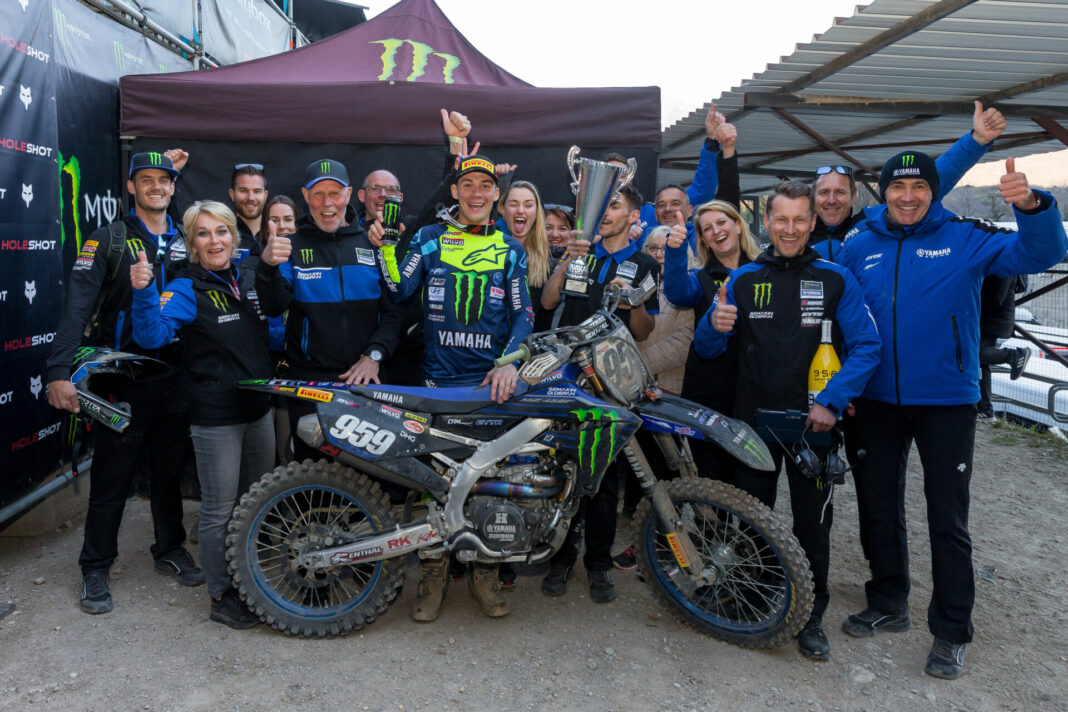 Monster Energy Yamaha Factory MXGP’s Maxime Renaux struck back at the fifth round of the FIM Motocross World Championship in Pietramurata, Italy.

The rookie bounced back from a challenging Portuguese Grand Prix a week ago with a spectacular second-step podium celebration in Trentino, his third of the season.

“I am really really happy with this weekend and this podium.” Said Renaux.

“I would say it’s the best podium I’ve had this season because after Portugal, I had a few questions. So, to bounce back here, on a track that is not easy to ride on a 450 was really good.”

“Today I took my time to make my passes, and in the end I could make it. This is not a track I always perform at; I had some tough rounds here last year, but I managed to get the title at the last one, so it is nice to come here, and to have these crazy fans back makes everything even nicer. I hope the fans in France are just as crazy!”