Home Motocross MXGP MXGP Trentino: ‘I will keep charging till the end’ – Herlings 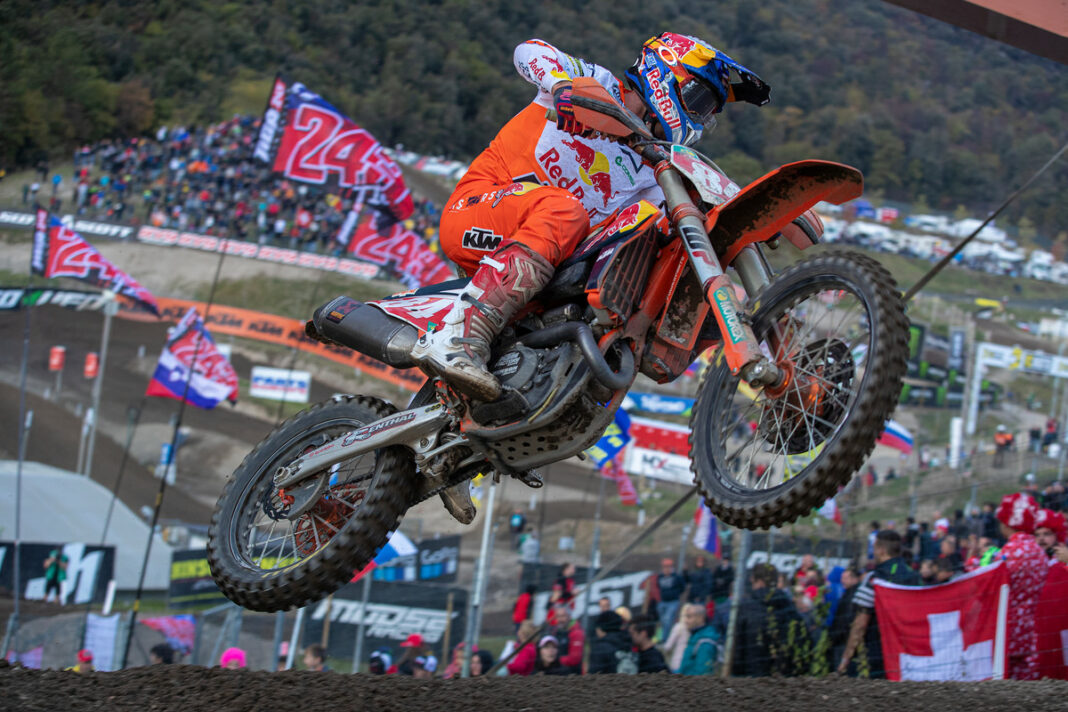 In true Herlings style, he shot past fastest qualifier Monster Energy Yamaha’s Jeremy Seewer in the first moto, and amazingly made his way from mid pack to win the second moto after getting tangled up on the start with another rider.

“It wasn’t an easy one,’ said Jeffrey. “In the first race Jeremy was leading, riding smooth and at a good pace so it was tough to pass him. But at one point I knew I had to go because the boys behind me started pushing, so I had to pass him.”

“The second race, I was caught up a bit in the start. Tim and I were somewhere around tenth or twelfth and we both fought our way back to the front. He was one place ahead of me.”

“At one point we caught up to the leader and I managed to pass him. Then I had to defend and pass Romain. It was a tough run, but I am happy to have won. I feel like I am in a very good shape right now, but I should never underestimate the competition from Tim, Romain or Glen today.”

“It can be anyone’s race. So, I will keep charging till the end. We are only seventeen days away and a lot of things may happen during the last four races.”