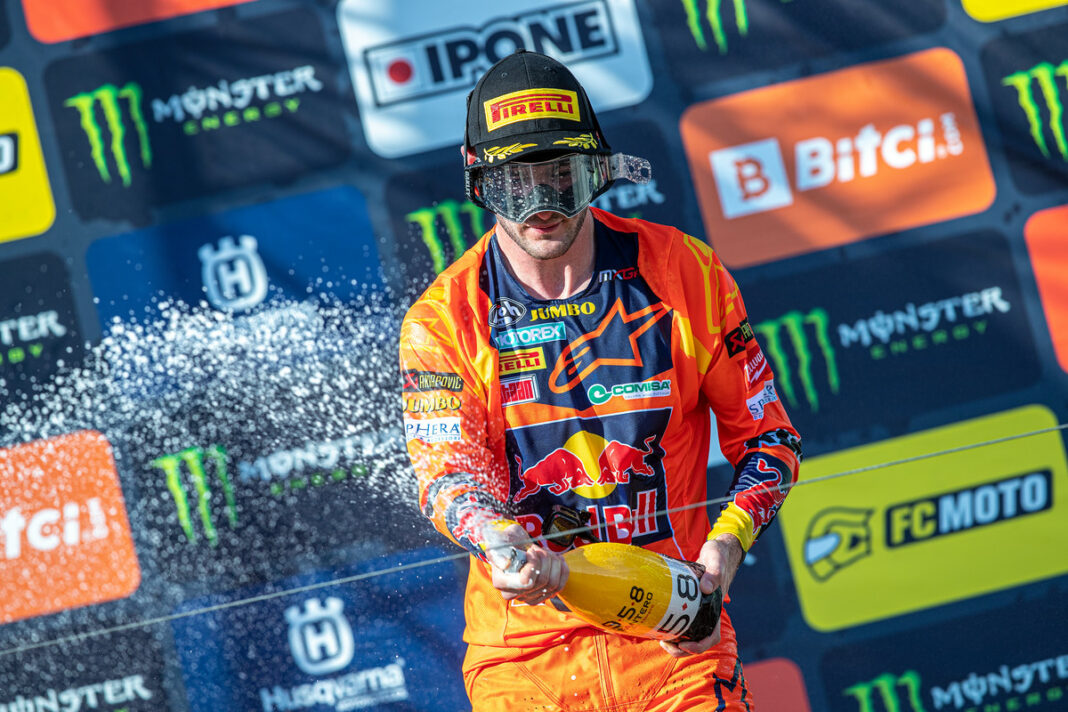 Red Bull KTM’s Antonio Cairoli gets cleared to ride for the second moto, but comes together with another rider going down on the first lap causing the Italian to suffer another DNF on home soil. Herlings and HRC Honda Tim Gajser both go down on the start also, putting them in twelfth and thirteenth on the first lap.

Herlings wasted no time in charging through the pack as he moved up into third place, and continued to pile the pressure onto the back of Coldenhoff, as Coldenhoff then took over the lead as Herlings saw the gap to make the pass on Febvre to move up into second place.

Amazingly Herlings took over the lead from Coldenhoff and grabbed his 185th race win for the second Moto of the day followed by Coldenhoff and Gasjer.