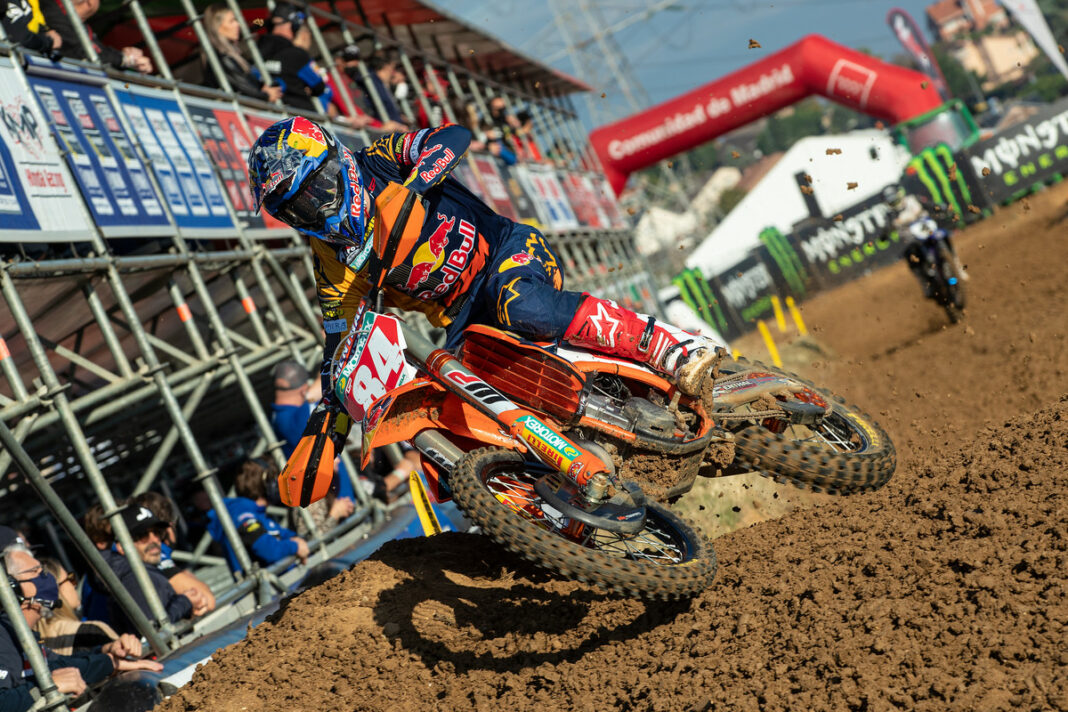 Red Bull KTM’s Jeffrey Herlings continued his winning streak in Pietramurata, for round fourteen of the Monster Energy MXGP Championship.

Monster Energy Yamaha’s Jeremy Seewer shot out front with his first Fox Holeshot of the year in Italy, after going fastest in qualifying this morning. Followed by teammate Monster Energy Yamaha’s Brit rider Ben Watson, as he stayed in second for the opening lap but unfortunately just crashed out, and managed to finish the moto in fifteenth.

Red Bull KTM’s Antonio Cairoli crashed out on the first lap of the moto, with looks like damaged to his leg as he managed to ride back to the pit box. Herlings starts to close the gap on Seewer, as HRC Honda’s Tim Gajser almost chops up Monster Energy Kawasaki Romain Febvre to move up to third, but the kawasaki rider still manages to hold him off.

Jeffrey then makes the pass on seewer to take the race lead, just as teammate Red BUll KTM’s Jorge Prado makes a mistake and went down over the step down, but manages to remount to finish in eighth place.

Herlings wins another MXGP moto continuing on from the MXGP of Spain, followed by Seewer and Febvre rounding up the top three.

Your top ten MXGP moto one