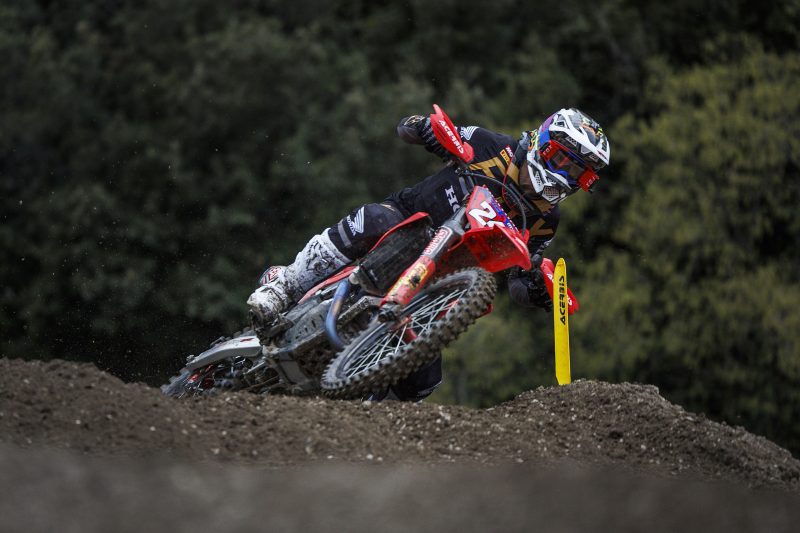 HRC Honda’s Tim Gajser added to his winning streak for the first MXGP moto of the day in Pietramurata, extending his championship lead.

Gajser then moved up into the race lead, which is where he stayed for a remainder of the moto, with Coldenhoff claiming second and Prado third for the first moto of the day.