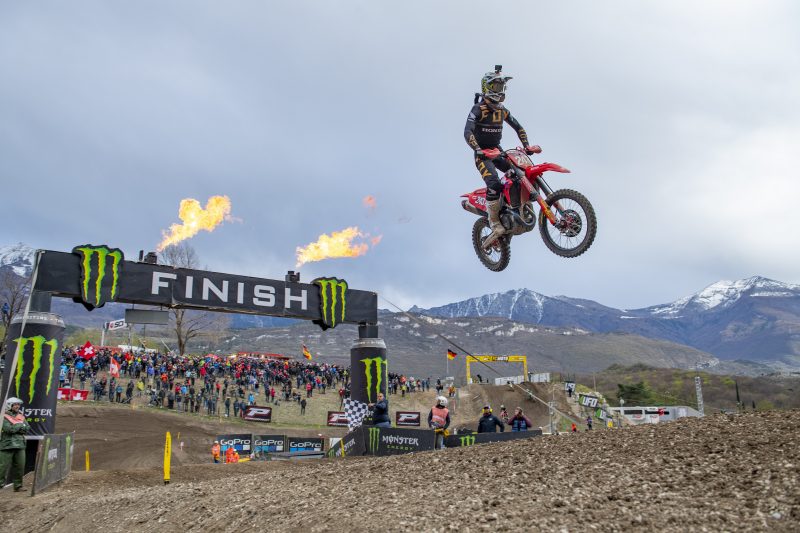 HRC Honda’s Tim Gajser wins both races in Trentino this weekend giving him the overall result and top step on the podium, extending his championship lead.

After suffering a small problem in the opening laps, Prado managed to get his bike restarted and made his way to fifth, followed by Kawasaki’s Ben Watson who grabbed his best result of the season so far with sixth position. Gajser managed to pull away with a five second lead, followed by Monster Energy Yamaha’s Maxime Renaux in second place and team mate Jeremy Seewer rounding up the top three.

Tim Gajser won the Overall result for round five of the FIM World Motocross series, followed by Renaux and Prado.