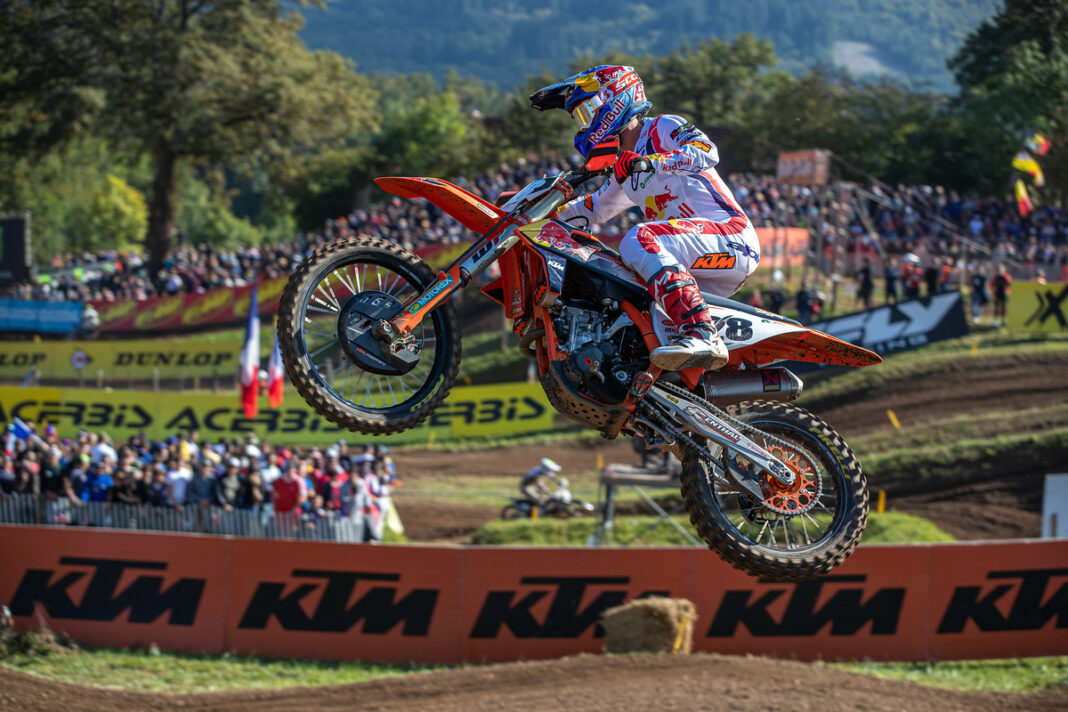 Red Bull KTM’s Tom Vialle stormed to MX2 moto one victory at round thirteen of the FIM Monster Energy MXGP in Arroyomolinos.

Vialle shot out of the gate and grabbed his twelfth Fox holeshot of the season for the first moto, followed by Red Bull KTM team mate Mattia Guadagnini as Monster Energy Maxime Renaux moved straight up into second place.

Guadagnini then had a huge moment but manages to save it to continue in third, just as 114 Motorsports Honda rider and spanish native Ruben Fernandez storms round the outside of Red Bull KTM’s Rene Hofer as Renaux sets the fastest lap of the race.

Fernandez had a huge moment almost going over the bars trying to make the pass on Hofer but the KTM rider just manages to squeeze through.

Monster Energy Yamaha rider Jago Geerts has a nightmare of a moto and crashed out of fourth position, ultimately finishing up in thirteenth.

Rockstar Husqvarna Kay De Wolf makes the charge through the pack as he moved up into sixth place towards the end of the moto, as Hitachi KTM Brit rider Conrad Mewse had a much better result finishing up in twelfth.

Tom Vialle claims this tenth race win with a seven second lead ahead of Renaux, and team mate Guadagnini.

Your top ten MX2 moto one