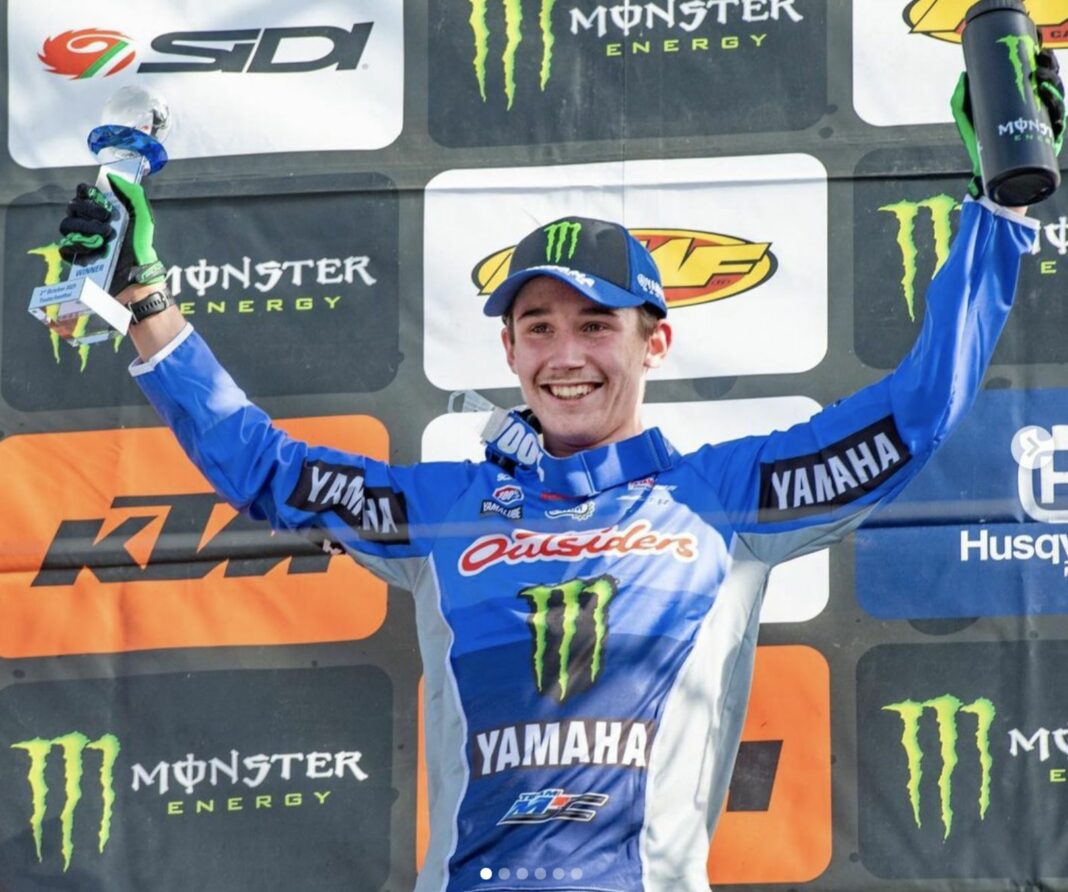 Spanish RFME GasGas rider Pablo Gutierrez hole shots the second EMX125 moto of the day at the rutty circuit, in front of his home crowd, and is followed by Fantic Rider Valerio Lata as he had a much better start in third place and then moved up into second.

Sacha Coenen Bud Racing Kawasaki rider then lost out on second position due to a mechanical issue with his bike, which saw him DNF. This then moved Gutierrez up to second place and Bruce up to third place, as he then made the pass into second place.

Lata goes on to win the second moto of the day as Lucas Coenen sat in third overall, Bobby Bruce in second overall, and Ivano Van Erp in first overall.