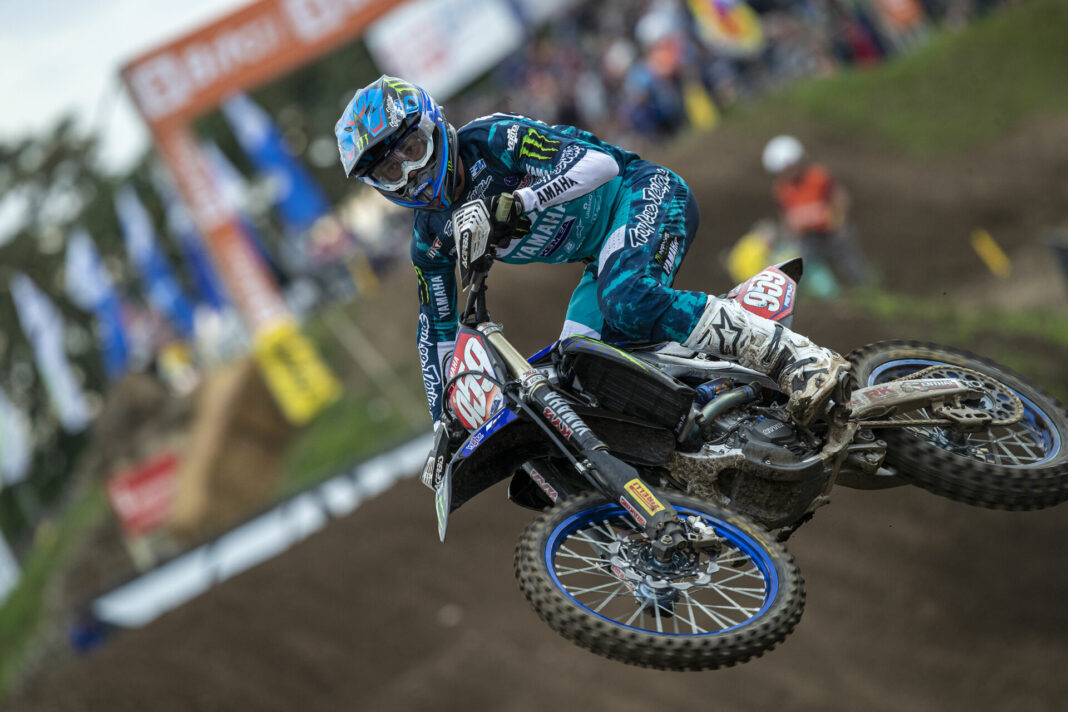 Monster Energy Yamaha’s Maxime Renaux shoots to overall MX2 victory in Arroyomolinos for round thirteen of the championship series.

Red Bull KTM’s Mattia Guadagnini went down hard trying to make the pass mid moto and remounts in tenth, with another great start for Hitachi KTM’s Conrad Mewse up to fifteenth for the majority of the moto, until ultimately finishing in thirteen.

Vialle then tried to close down the gap on Geerts, but then has a huge off and manages to remount to finish the race in third place.Maxime Renaux made the move into the lead and continues to push forward to claim the moto two win, and the overall MX2 win for the weekend.

Renaux went onto claim the moto two win and the overall, followed by Gerts and Vialle.