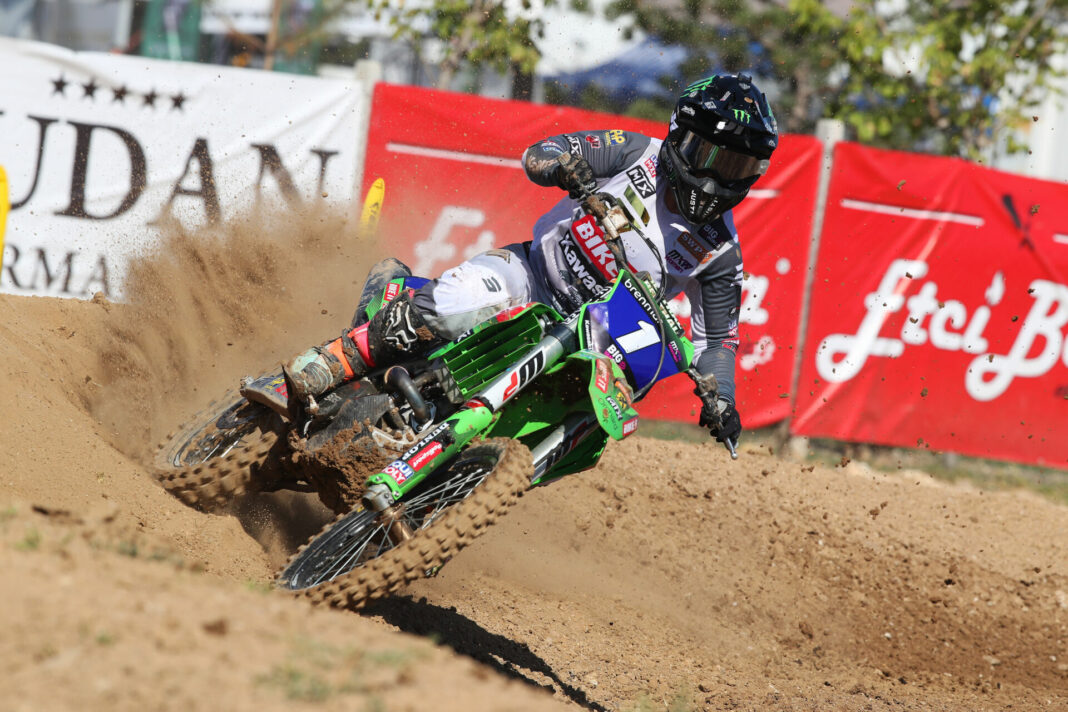 Bike IT Kawasaki Courtney Duncan grabs the WMX moto two win at the Arroyomolinos circuit in spain, at round five of the WMX championship series.

Larissa Papenmeier holeshotted the second WMX motoc and leads the opening lap followed by Courtney Duncan and GasGas rider Kiara Fontanesi, after a huge pile up on the start with a few riders going down.

After the first couple of laps, Fontanesi and KTM Rider Shana Van Der Vlist come together and clipped each other where we saw both riders go down, as Duncan takes full advantage and uses the opportunity to pass Yamaha rider and moto one winner Nancy Van De Van and then chased down Papenmeier

Fontanesi remounts and starts to push her way back through the pack as Duncan moves into the lead with ten minutes left in the moto. Van de van manages to hold off Fontanesi on the last lap to finish in second place, as Duncan continued on to take the second moto win at the Arroyomolinos track and the overall result ahead of joint first with Van de Van, and Fontanesi third overall.