Home Motocross MXGP MXGP Spain: ‘I found that Intensity that I needed’ – Jonass 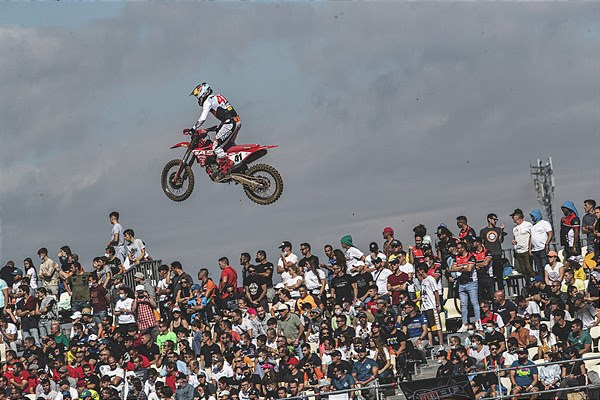 Standing construct GasGas rider Pauls Jonass bagged a great result at the thirteenth round of the Monster Energy FIM World Championship in Spain.

Getting stronger and stronger with each passing round of MXGP, the Latvian has been delivering consistent solid results, re discovering his early race intensity, and bringing his sheer speed to each and every GP.

At the MXGP of Spain, Jonass was on the gas all day and if not for a race two crash, may well have found himself in the fight for the overall podium. Brian

“Overall it has been a really good weekend in Spain,’ said Jonas. “My riding was good, my bike was good, and I finally found that intensity that I needed in the early part of the races.”

“I had the second fastest lap time in race two, so I know I have the speed and if it wasn’t for a little tip over early on in that second race then I know it could have been better. I feel like everything is really coming together now and I’m going to Italy aiming for the podium.”