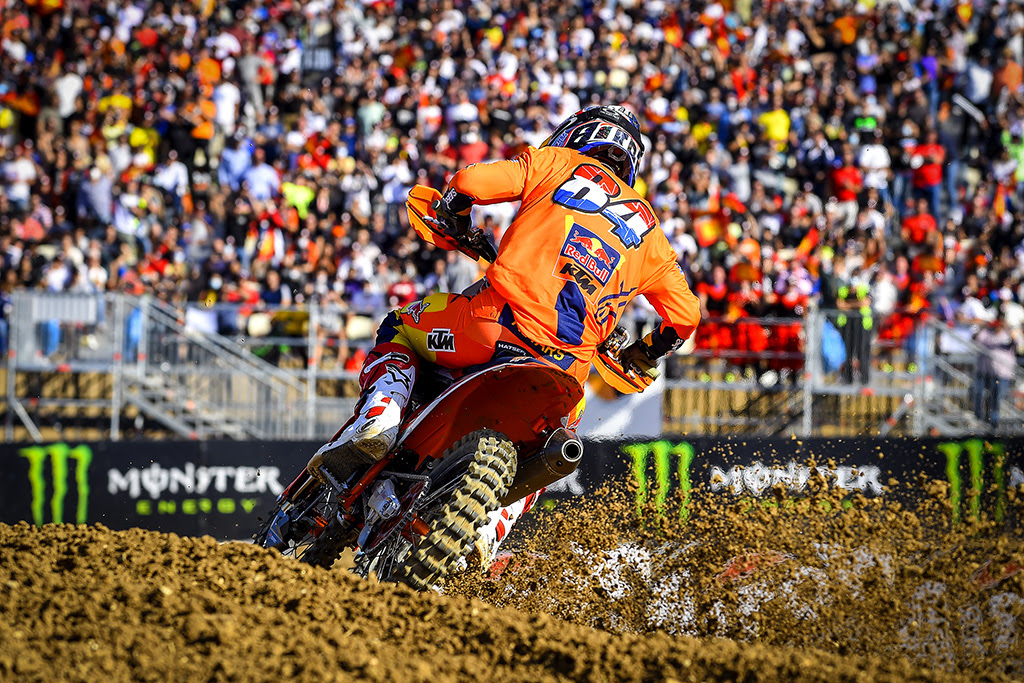 After almost grabbed the moto one win just behind Monster Energy Kawasaki’s Romain Febvre, but taking a huge win in the second MXGP Moto of the day in Spain, the Bullet clinched the overall victory despite struggling with starts.

“We started well in time practice, but I don’t what what happened after the gate dropped,’ said Herlings. “I had a bad turn, was around seventh or eighth and then we came back to thirteenth, then to tenth.”

“It took me some time to get going. The first fifteen minutes were awful then the next fifteen were great, especially the last seven or eight laps. I couldn’t get the win, but I came from so far back.”

“The second race was good, I was fourth after the start and then Tim made a mistake which allowed me to pass. Then there was Jorge who was having a great race and riding the best lines, so it was hard to pass him. Anyways, it was a great day after all and I am looking forward to Trentino where I will hopefully have a better start”.