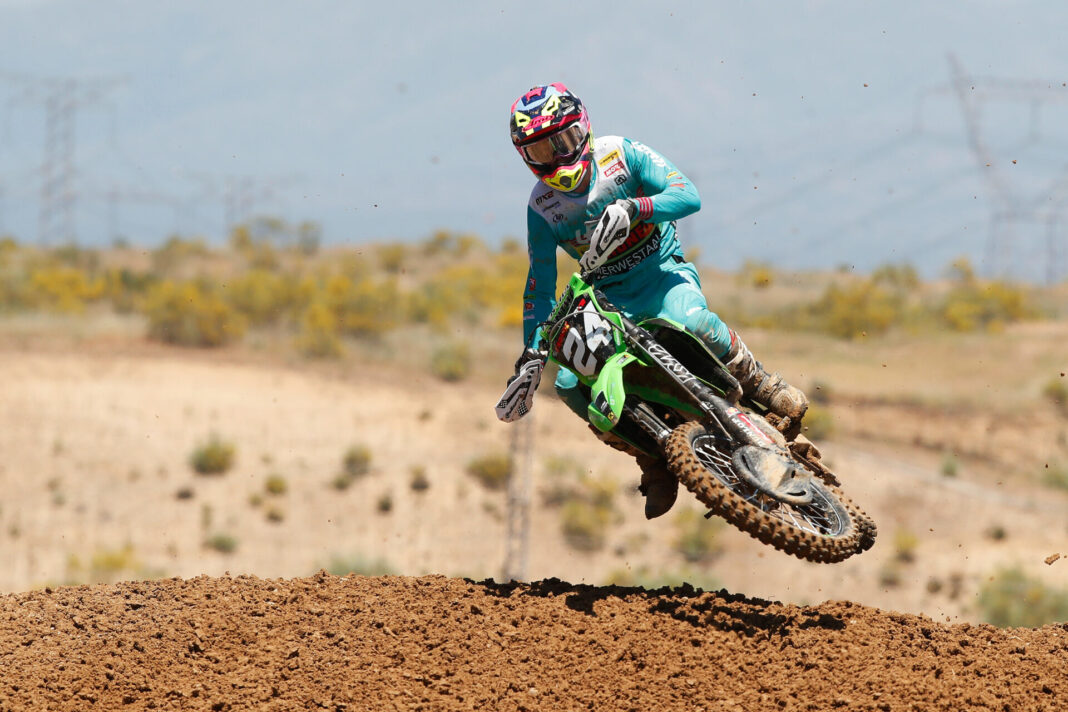 Heat was a factor in Qualifying for the ninth round of the series at the intu Xanadu complex on the outskirts of Madrid as riders sought the balance of conserving energy for tomorrow’s two points-scoring GP motos whilst earning a good gate-pick on a very open start arena. Horgmo had posted fourth-fastest time during practice, with Haarup twelfth, but neither Kawasaki rider got an optimal start as racing lines crossed in a chaotic run to turn one. However both riders in Green showed good pace and clever line-choice through the opening turns for the Norwegian to emerge seventh and the Dane tenth. Horgmo was able to make the most significant further advances through the first quarter-of-an-hour, a fine outside-pass taking him to his eventual fourth on lap eight of thirteen, while Haarup made significant moves during the second-half of the moto to finish just two-and-a-half seconds further back in sixth.

Kevin Horgmo: “The track is quite difficult and it’s hot but I enjoyed it. I was fastest in timed practice for a long time; the track dried at the end and three other guys went a little faster but I was still less than a tenth-of-a-second off pole. I made a really bad start in Qualifying but I went a little kamikaze on the first lap to come back to seventh and could work my way up to fourth by the finish so I have a good feeling for tomorrow. Now a little recovery with cycling and then back to the hotel for some good food to be ready for tomorrow. “

Mikkel Haarup: “We were challenged with searching for the ideal set-up during practice but we eventually found the right solution for Qualifying. Unfortunately my holeshot-device popped out at the five-second board at the start of the race, but I made some good decisions through the first two turns to recover well. I used the outside lines too much during the first few laps which cost me some positions but then I made my way through to sixth and almost took fifth. I felt good and the track was nice – not too deep – so I had a lot of fun and feel I have good speed for tomorrow. Everyone is sweating and feeling it out there but it’s the same for everyone and I can handle the heat. “